Why the next big consumer platforms are social games

Game mechanics and artifacts have permeated all aspects of our online lives.

“Virtual games” have been around since the early 1960s, a period when MIT released the space video combat game Spacewar. For the next 10 years, virtual games rapidly evolved, primarily for solo players.

In 1972, at the beginning of the arcade game boom, Atari launched Pong, and bars and bowling alleys around the world created competitive social experiences around the game. Players could rank themselves against each other in nightly competitions. The next year, the game Empire became what was likely the first “networked” multiplayer game to support simultaneous play for eight users.

Virtual games evolved rapidly to enable and promote interaction among other players. By the early 1980s, “multiplayer” games were no longer predominantly seen as analog cardboard setups where a maximum of four players could play together. Arcade games were generating billions in revenue by enabling dozens of people to gather in an arcade and play together. In 1984, CompuServe released Islands of Kesmai, one of the very first commercial multiplayer online role playing games; up to 100 players could play simultaneously. And by the late 1980s, virtual games that supported multiple players were becoming increasingly common.

However, it wasn’t until the mainstream adoption of the internet, access to cheap computer networking, and widespread adoption of the personal computer in the 1990s that games like Quake (1996) and EverQuest (1999) launched, which dramatically increased the number of players who could interact simultaneously in a game. With EverQuest in particular, thousands of gamers could play together at the same time. This mass-scale game encouraged fellow gamers to seek ways to communicate with one another online while playing.

In the 20+ years since the launch of mass-scale simultaneous multiplayer games, video gaming and video game culture has steadily permeated the mainstream. Technological innovations in the internet, personal computers, graphics and game design, cloud infrastructure, and now the mobile internet have accelerated this adoption. As of 2020, there are an estimated 2.8 billion video gamers across the globe. According to Marketwatch, at over $180 billion in annual sales video games are a larger industry by revenue than movies and North American sports combined.

The trend has only been accelerated by the recent global pandemic, which forced billions of people into a more than year-long period of isolation. In this time, gaming became both a source of entertainment and socialization. Loneliness, which was exacerbated by the pandemic, is in general a rising trend that has in part contributed to the rise in adoption of virtual gaming. Before COVID, in a Cigna Survey, three out of every five adults, or 61%, reported that they sometimes or always felt lonely.

Many of the games and platforms around gaming that have emerged in the past 10 years are premised on connecting gamers together, rather than keeping them in isolated silos of virtual worlds.

Bessemer-backed companies like Twitch (now owned by Amazon) and Discord, for example, enable gamers around the world to connect with one another to interactively watch game-play or to create communities around the specific games they play regularly. In addition, many top video game titles like Tennis Clash and Suspects from Bessemer-backed Wild Life Studios involve exciting, multi-player competition and a healthy dose of social interaction.

This leads to the first of two major trends we have been tracking in the consumer social space: games themselves are becoming more social. Over the past few years, games have evolved from semi-interactive content to become fully-fledged social platforms. Rather than having gamers on a platform connect with one another in third-party online channels, many successful games now enable and promote the usage of in-game socialization. Players meet and chat on platforms like Fortnite and Roblox, which both boast hundreds of millions of MAUs spending hours a day in their ecosystems. Fortnite, for example, has embedded voice chat for players to talk as they play the game. In the game Animal Crossing, where each player builds an island (their personal world), players can chat with their fellow villagers and trade items, and even attend live events with each other.

Across games and for games where there are no inherent social features, Discord has emerged as the default platform where players create mini-communities and chat within their fandoms. Thus, today, games and gaming-adjacent platforms are where hundreds of millions of people socialize, create, play and transact with one another.

Secondarily, we are watching game features and mechanics permeate many more aspects of our online lives. As consumer-oriented companies come to realize the power of game mechanisms to drive engagement in a world of constant stimulation, we are seeing the acceleration in the number of online experiences that look and feel like games.

We first observed this trend as companies in verticals like consumer fintech began to adopt game mechanics like “coins,” “badges” and “streaks” to increase engagement. Consumer fintech Robinhood, for example, released celebratory confetti (much like victory confetti in a game) to users once they completed their third investment until regulatory scrutiny caused them to eliminate the feature. We also noticed companies leveraging gamification to promote behaviors in education, social media and dating. Duolingo famously incentivizes users who learn multiple language lessons in a row with badges and streaks. Snap promoted engagement through user streaks and still borrows the gamification technique of manufactured scarcity through disappearing messages. Bumble, the dating app, allows users to buy “Bumble coins” so that they can get access to features like a “SuperSwipe”; A number of consumer companies now utilize in-game currency as a driver for both engagement and monetization. We wrote more about consumer gamification strategy in our latest piece on consumer distribution.

And in the past few months we’ve noticed this trend going well beyond the surface-level adoption of gamification mechanisms for distribution & conversion. We’re now observing that consumer social experiences are starting to look and feel like games at every level. Remote networking events in Roomkey are not a panel of Zoom screens; instead, attendees create virtual avatars and can navigate around a virtual conference room on their phones. On the education platform Koala, teachers can create virtual classrooms where students attend as avatars and teachers customize their virtual rooms. One day a bunny might run by the classroom in the virtual world; another day, a Llama might climb atop the mountain and then disappear. 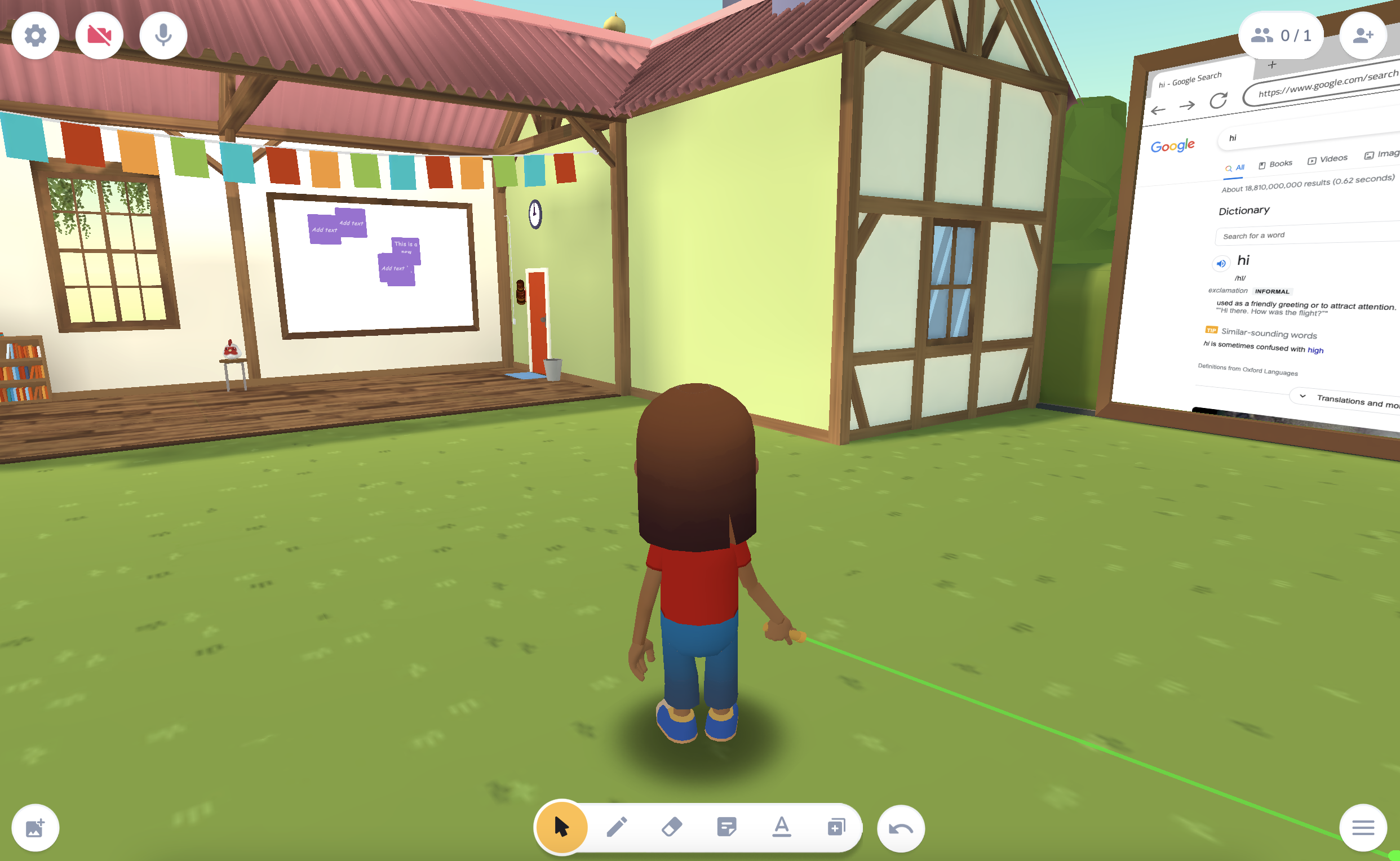 This trend is driven in part by the rise in technical sophistication for more complex game ecosystems, which are expanding and becoming democratized through game engines like Unity and Unreal. Both Unity and Unreal offer end-to-end creation tools for game development (or any 3D workflow with a real-time use case). While today Unity is less technically complex and therefore a better offering for “indie” developers, investor & media executive Matthew Ball points out that Unreal is also poised to steadily democratize the creation of game-based experiences. Unreal offers a robust marketplace of assets and a rich ecosystem of plugins. Additionally, because of Unreal’s licensing terms, developers’ tools and improvements can be licensed back to Unreal for free, which means that like open-source tools Unreal constantly reaps the benefit of its entire developer community. Unreal and Unity are acting as enablers for a broader community of developers to create richer and more game-like experiences, across a variety of use cases like film & TV, architecture, education, and social gaming.

As other online consumer experiences are evolving to look more like their gaming counterparts, we’ve noticed a deeper blending of entertainment with online socialization. As Ryan Holmes wrote in Fast Company, “socializing is way more fun when you’re doing stuff.” With the increasing popularization of gaming culture, we think gaming will much more frequently be the “stuff” we’re doing while we’re socializing and interacting with each other. AOC took to “Among Us’’ on Twitch to engage young potential voters as a “get out the vote” effort. The New York Times recently reported on business executives gathering in games like Animal Crossing to sell and to socialize. Netflix seems to agree with this broader trend—the company recently announced that they will be launching video games on their streaming platform as they work to promote engagement & interactivity.

Additionally, online interactions are by default impersonalized. A game-based ecosystem with avatars empowers users to deepen their online personas and interactions. As Chris Morris writes, a “good game lets you not only depart your reality but also create a new one.” With an avatar, users are freed from their physical realities (for example age or physical ability). For use cases like entertainment, education, mindfulness, and even professional networking, this means users have the chance to extend their capabilities and opportunities well beyond what is possible in the analog world. Maybe the user is not a world-class soccer player, but he can go up against David Beckham. Maybe the user will never meet YoYo Ma, but he can perform next to him at Carnegie Hall after completing the last level of an online instrument mastery class.

And so as the benefits of game-based ecosystems steadily permeate the mainstream, we are seeing the increased usage of game artifacts as an effective conversion mechanism for new consumer companies looking to attract a younger audience of users. Avatars, one of the most common gaming artifacts, have already begun to appear in new consumer apps. Itsme, for example, allows users to find new friends and socialize with them, through the interface of an avatar that mirrors the user’s facial expressions and movements. Photo editor Voila AI, which allows users to make themselves like Disney-esque cartoon avatars, recently skyrocketed to the top of the app store.

The deepening engagement provided by game-based artifacts and experiences means users are empowered and enabled in capability, exploration, and reward. These experiences tap into our innate human desires to control who we are, to interact and socialize with others, to build, to play and to compete.

As this trend accelerates, there are a host of companies preparing for a world where every consumer experience looks and feels more like a game. Genies, for example, allows celebrities to create avatars for games and online experiences that are transferable between different platforms. Companies such as Customuse and RTFKT allow anyone to design virtual apparel for avatars in games and AR experiences. Big fashion retailers agree, with companies like Gucci releasing NFT products for their collections, to be used in game-based ecosystems .We anticipate this ecosystem of companies that support gaming-based consumer social platforms will grow rapidly, as consumers increasingly adopt avatars and other gaming artifacts as a way of interacting with one another online.

In summary, we’re excited to invest behind two concurrent trends in consumer social: (1) games that are designed to become (or organically become) social platforms, and (2) consumer platforms that are leveraging deeper gaming experiences like avatars and virtual worlds to engage users and promote socialization. We think many experiences are converging on these two trends, as consumers spend more time online and increasingly look for “stuff” to engage one another as they seek connection in virtual worlds.

If you’re building a company in this space (either a platform or an enabler of these platforms), please reach out to Alexandra Sukin (asukin@bvp.com).