We are deeply saddened by the loss of Scott Smith, who passed away last week at the age of 61 in a Colorado hospital near his family home.

Scott left an enduring mark on our business, and our thoughts are with his family during this time. Scott was an Operating Partner since 2015, playing a key role in the development of Bessemer’s aerospace practice. We are honored to have worked with one of the true pioneers of the new space economy. 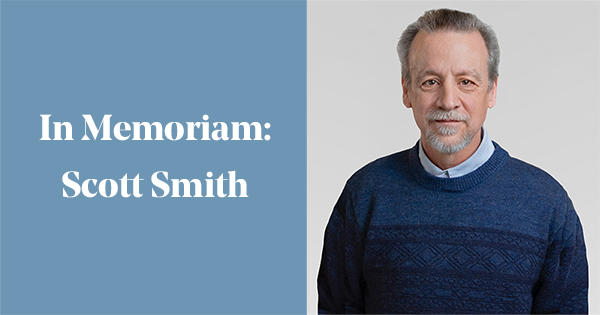 Scott had a lifelong dream of becoming an astronaut, which led him to study aerospace engineering and ultimately dedicate his life to space technology. Partner David Cowan first met Scott when he was a board member at Skybox. Scott’s passion for helping innovative aerospace startups led him to Bessemer, and he became an invaluable board member for portfolio companies Rocket Lab and Iris Automation.

Scott’s legacy as a leader and mentor is truly transcendent. He oversaw the Iridium NEXT initiative, a program to develop, build and launch a next-generation satellite constellation, which recently completed its two-year launch campaign. All 75 satellites are now successfully operating in orbit. Scott previously served as the Chief Operating Officer at DigitalGlobe Inc., a commercial remote sensing satellite company. Prior to DigitalGlobe, Scott co-founded Space Imaging. He earned his degrees in aerospace engineering from Syracuse University and Master of Science in aeronautical and astronautical engineering from Stanford University.

Beyond his commitment to advancing the field of space technology, Scott was a wonderful husband and father. He is survived by his wife, three children and five grandchildren.