Nominations are now open for the sixth annual list of the world’s best private cloud companies.

For six years, Bessemer Venture Partners has teamed up with Forbes and Salesforce Ventures to bring you the Forbes Cloud 100—the definitive list of the world’s top 100 private cloud companies—and the emerging cadre of 20 Rising Stars poised to join their ranks. Today, I am excited to announce that nominations are officially open for the 2021 Forbes Cloud 100 list. 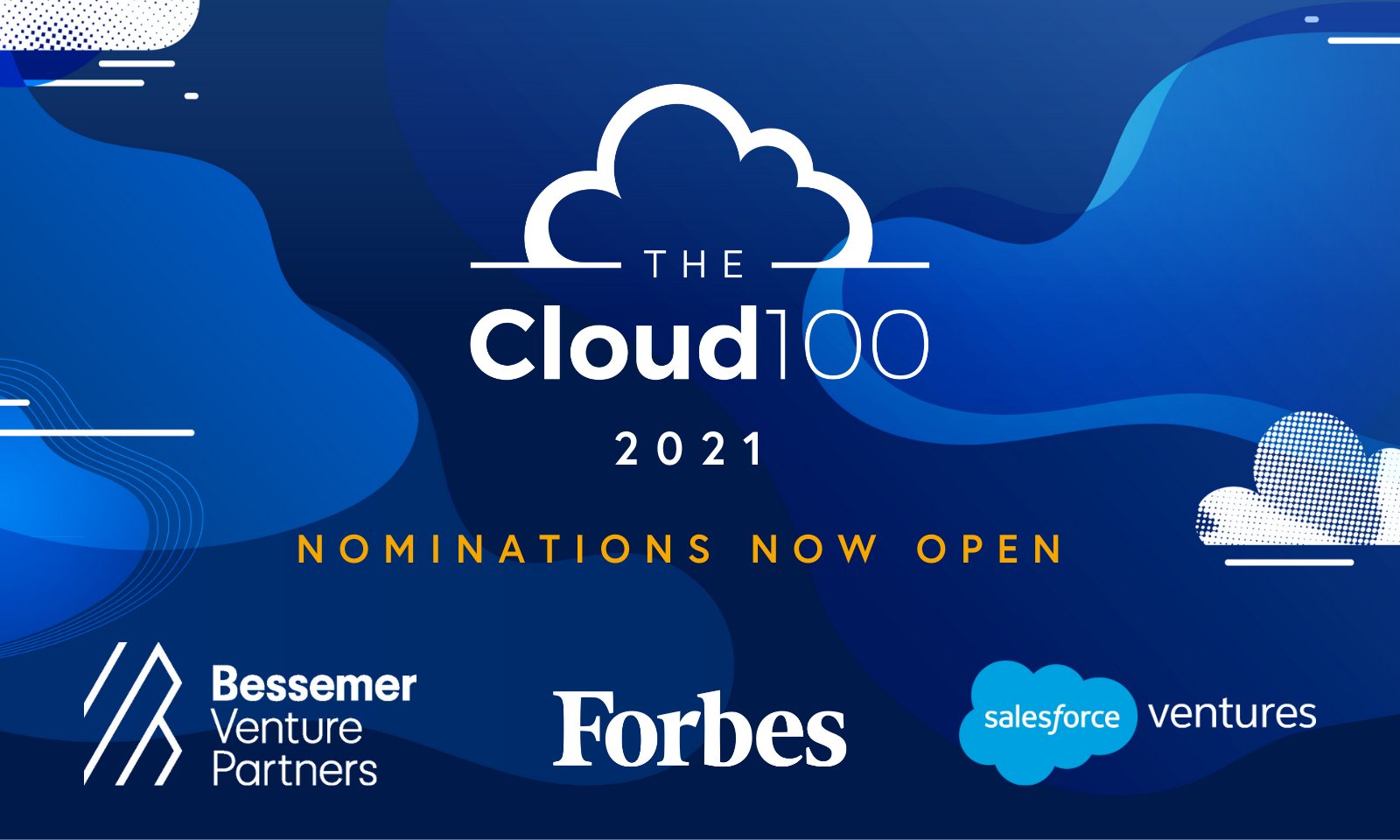 As we shared in State of the Cloud 2021, COVID-19 was a fundamental and abrupt change to the way we live and work. As the world adjusted to this major disruption in human behavior, we found new ways to adjust to the New Normal — powered by the cloud-first economy. Cloud companies thrived with a record-breaking market capitalization of more than $2 trillion. With the average 2020 Cloud 100 company growing 80% YoY, cloud growth rates are at an all-time high. In 2020 alone, $186 billion has been invested into private cloud companies.

Unsurprisingly, the competition to land one of the coveted Cloud 100 spots on the 2021 list is steeper than ever. From 2019 to 2020 the aggregate value of the Cloud 100 list grew by 60%. At the time of publication, the 2020 list had a record combined value of about $267 billion and at least 87 companies were valued at $1 billion or more—up from 65 a year ago. We’re truly living in a cloud-first world and that’s something to recognize and celebrate with Cloud 100 2021.

Stephen Curry, NBA Athlete and CEO of SC30 Inc., Eric Yuan of Zoom, Frank Slootman of Snowflake, and Jennifer Tejada of PagerDuty discuss leadership, strategies to future-proof their businesses, and the future of the tech industry.

Since last year, several 2020 Cloud 100 honorees raised massive funding rounds demonstrating their momentum and accelerating growth, such as Canva (#7) raising $71 million at a whopping $15 billion valuation, ServiceTitan (#11) raising $500 million at $8.5 billion, and Zapier (#24) raising a secondary round at $5 billion, among many others.

In addition, with our Rising Stars, we highlight 20 of the most promising companies that are still early in their startup journey and growing at an impressive clip. The all-star lineup includes entrepreneurs building around the world, including companies such as Tackle.io, Cargo.One, Courier, Fishtown Analytics, Pave (formerly Trove), and more.

Private cloud companies are evaluated by their market leadership, people and culture, and operating metrics, including revenue, funding, and estimated valuation. The Cloud 100 Judges, made up of the leading public cloud company CEOs, will once again determine the Cloud 100 honorees. Last year’s public CEO and CXO judges, including top leaders such as Scott Farquhar of Atlassian, Eric S. Yuan of Zoom, Jennifer Tejada of PagerDuty, and Jeff Lawson of Twilio, collectively represent more than $840 billion in market capitalization. The Cloud 100 Judges qualifications precede them.

Alex Konrad of Forbes, Yonas Beshawred of Stackshare, Elizabeth Zalman of StrongDM, and Baron Davis of Baron Davis Ent. dive into what we can do to help the next generation of founders

Like last year, the Cloud 100 will celebrate list honorees with a virtual summit that brings insights from the world’s top leaders directly to you. Join us then for memorable discussions and thought-provoking ideas from CEOs, founders, and leaders on what’s driving today’s cloud economy forward. Every year, these 120 companies represent the best cloud technology leaders of today and tomorrow. We are honored to celebrate their massive achievements once again.

P.S. Cloud 100 is nominated for a Webby! Vote for Cloud 100 to be recognized as the Best Virtual & Remote Category in Technology.