“Australia? Come again?” This was my initial reaction when I got off the phone with Chris Hulls, the CEO and founder of Life360. He had just gotten back from a trip with Australian crossover investors for his pre-IPO non-deal roadshow. Why was I surprised?

I’ve known Chris since 2009 and Bessemer first invested in Life360 in 2011. I initially was skeptical given the world was coming to be dominated by social networks, however, Chris’ doggedness and perseverance were so contagious that my partner David Cowan and I jumped onboard with an investment in 2011. Time and time again Chris has proven to be the type of person who not only seeks but also creates opportunity in places many would never look. “As I’ve gotten older, I’ve learned to turn my doggedness into extreme focus and the ability to uncover more options,” he told me.

“I’ve learned to turn my doggedness into extreme focus and the ability to uncover more options.”

While the jury is still out on the ASX, and the path to Sydney is certainly outside of the Silicon Valley norm, it’s no surprise that Chris took the road less (or rarely) traveled. Entrepreneurs often reframe their pasts and edit out the unexpected hiccups and stochastic variables that impact the companies they end up launching, including the type of leaders they become. In Chris’ case, it’s the near-death experiences and countless comebacks that have fed Chris’ hunger to succeed and ensure Life360’s positive impact on the world continues.

Today Life360 is the world’s largest mobile app for families and the sixth most popular social networking app on iOS. The company didn’t achieve this position in spite of the obstacles Chris faced, but because of them. “Modeling resilience is a valuable thing for a founder to do. When you fall and get back up, again and again, it’s akin to entrepreneurial strength training. It demonstrates to your team that they, too, are capable of doing hard things.”

After a decade of company building, Chris shares some of the most important lessons and silver linings he’s gathered from being a career entrepreneur. 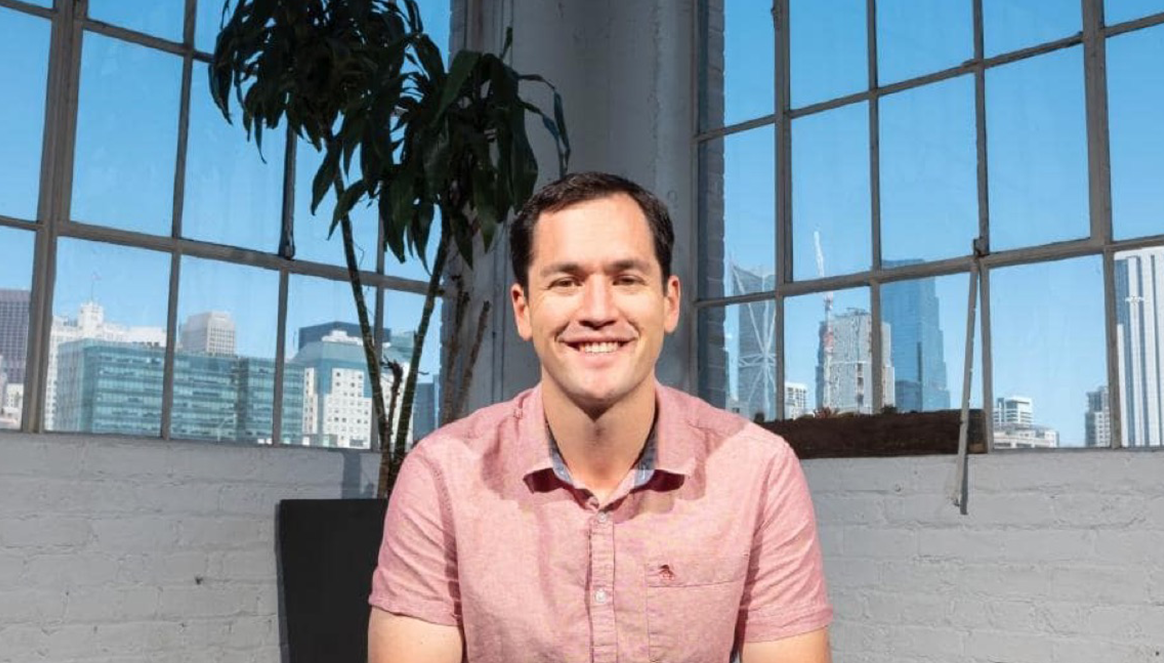 Trust your instincts. Weird turns and disappointments in life end up helping you in the long run.

A Marin native, Chris joined the military when he was 17. After serving in the Air Force and graduating from UC Berkeley, Chris had the opportunity to take a job with Goldman Sachs, but he had another adventure on his mind: “After college, I lined up a dishwashing job in the South Pole. I wanted to explore that part of the world and pursue this excursion while it still captivated me. Unfortunately, I had a medical complication that nipped this opportunity in the bud.”

“What felt like a set back in my life was actually time to incubate an idea that inspired my career,” said Chris.

In recovering from a tumor and a polar dream deferred, Chris had the headspace to conceive of Life360. The first generation of iPhones had launched, and the digital and “real” worlds started to merge. Millions of children and parents kept tabs on one another by calling or texting, whether it was coordinating pickups or checking in to make sure their kids got home safely from school. With the adoption of smartphones in 2008, Chris predicted that mobile technology would play a critical role in helping people stay safe and reassure their loved ones that they, too, were out of harm’s way.

“If it weren’t for that life-changing juncture, I would have gone into investment banking after my trip. What felt like a set back in my life was actually time to incubate an idea that inspired my career.”

Getting to know your customer takes patience and is a career-long pursuit.

“It sounds silly given today’s smartphone adoption, but at the time, investors didn’t believe that Life360’s total addressable market would be all that big—and certainly not lucrative,” he told me.

“For years, Life360 only had a small cohort of users, but we still believed the company was early to market and the user numbers and revenue would eventually catch up,” said Chris. “Build a product you want, is an axiom many founders say. I’ve always been somewhat of a black sheep, since I didn’t build Life360 for me, but started thinking about building products for moms. I sourced a lot of my patience and diligence during the early years because I deeply believed this emerging technology was important and it had the potential of helping an underserved market.”

As adoption increased and Life360 moved up in the ranks of the App Store, Chris discovered they had 10X the penetration in the American South compared to the coasts, which is still true today. In understanding this unique profile, Chris stayed laser-focused on building long-term customer value and product experiences that delivered on its principles and purpose. Over time, Life360 cultivated partnerships—like one with Allstate— and pioneered new features like roadside assistance, driving reports, and crash detection, in order to give parents comfort in knowing where their teenagers were as they gained independence as new drivers.

There are some hills worth potentially dying on.

Building a company requires a leap of faith and long term commitment to your vision, even if immediate signs aren’t as positive as you’d like. Sacrifices, too, are necessary in order to turn a vision into a reality. For example, in his twenties, Chris lived in a closet for a year—twice: “I made my home life so inhospitable as a strategy to not get distracted and spend more time in the office,” he told me. (I’m happy to report that Chris is now married with children and has a normal-sized room/house of his own.)

Extreme commitment and unwavering vision for a business also means a founder has to pick their battles and know when not to back down. In 2014, Chris received a letter from lawyers representing a company called Advanced Ground Information Systems (AGIS) claiming that Life360 needed to pay for a “royalty-bearing license” to its patents in what has become step one of the all too common patent troll playbook. Against his lawyer’s wishes (and pretty much everyone else’s), Chris wrote a strongly worded letter beginning with “Dear Piece of Sh*t.”

“We were getting sued for having markers on a map showing where people are and allowing communication between them,” he told VentureBeat. “I could show them a Star Trek episode from the 1960s’ that was similar.”

Rather than settle the patent case, as most Silicon Valley companies do, Chris took the case to trial—and won! It was a risk, certainly, to go head to head with patent trolls, but there are some hills worth dying on, especially the ones that threaten the very existence of your company.

“I risked and sacrificed so much to start Life360. For years, I wasn’t paying myself a salary. I was sleeping in a friend’s closet. My mom had loaned me $10,000. We were just seeing real users and outside interest from investors. Shutting down a patent troll wasn’t just on principle, it was potentially lethal to the company, so I couldn’t let them get off easy.”

Success is how you define it, even if that means veering from the well-trodden path.

Founders don’t often discuss the varied definitions of what success could look like and the possible paths a company could pursue. Chris has never been one to be seduced by the latest Silicon Valley thinking, memes and whims of the moment, and has always carved his own path.

The same year Life360 went to trial with AGIS, they also signed a term sheet for a $50 million partnership and investment deal with ADT, the alarm company. This partnership preceded the one with Allstate, but it was one of the first instances where Life360 expanded its footprint through a corporate alliance. Financing a venture-backed company with an alarm company capital was certainly a first for me (and for ADT as well, I believe) but it was only the first step in Life360’s contrarian financing journey.

When the time came for Chris to finance Life360’s next stage of growth, he made another unconventional decision to avoid late-stage venture dollars because it wasn’t the optimal fit for him and the company. Chris applied first principles thinking to their financing goals and figured out a solution that worked without taking traditional wisdom as gospel. So in lieu of venture funding, Life360 deviated from the norm and rang the bell on the Australian Securities Exchange (ASX), where there’s nascent but growing demand for tech companies. 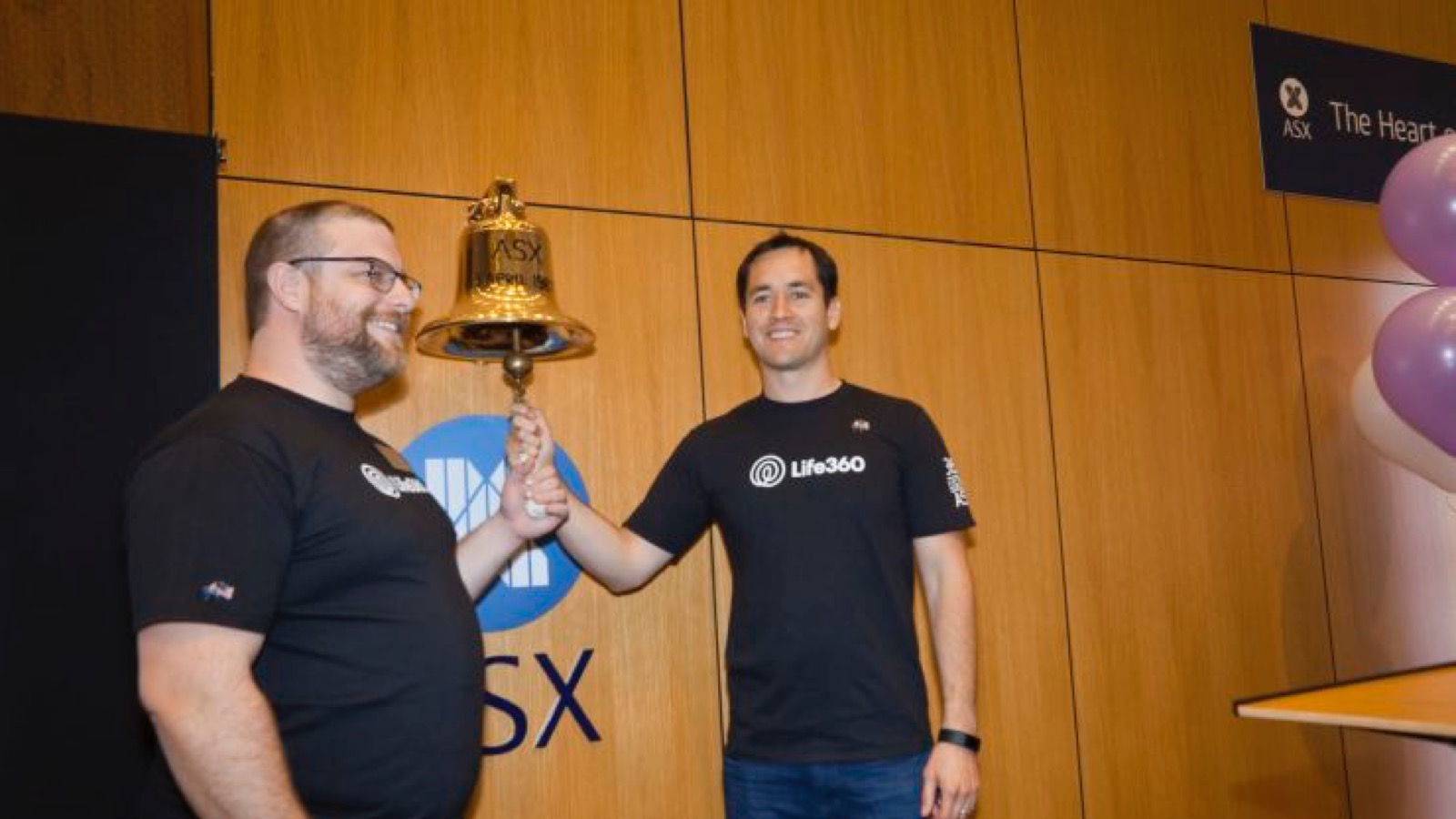 “Being a founder has always been a good match for my personality, but that doesn’t mean I have to follow along with classic Silicon Valley tropes. Now that I’ve been an entrepreneur for more than a decade, I’m waking up to all the ways in which founders can do things differently. It’s not just a young person’s game, as so many people in tech internalize it to be.

“Youth doesn’t make someone a more resilient or ‘visionary’ founder; being young simply gives you the naiveté and boundless hope to take on more risk since you probably don’t have kids or larger responsibilities. (By the way, just because you work seven days a week doesn’t make you better at what you do.) I’m looking forward to seeing a winning streak of ‘older’ founders who decide to start something new even when they don’t fit into the stereotypical age bracket. We need that depth of experience and wisdom in tech.”