How wireless power transfer can change how the world runs 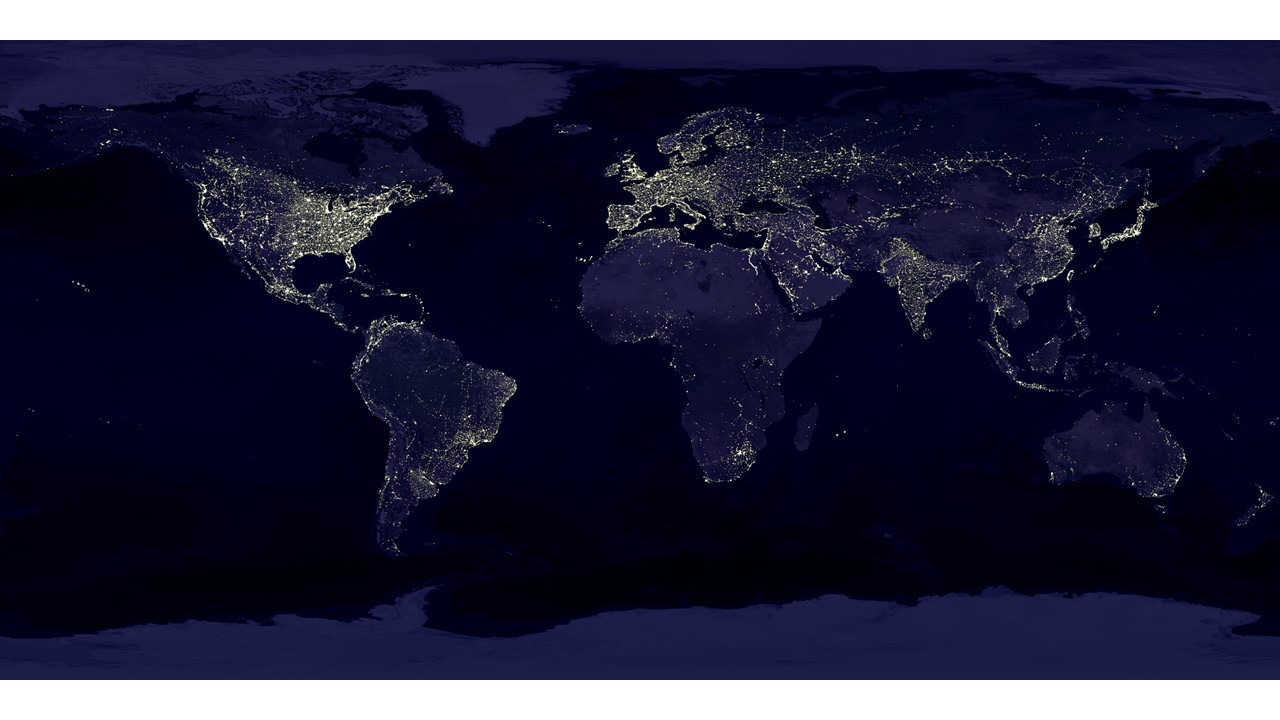 “When wireless is fully applied the earth will be converted into a huge brain, capable of response in every one of its parts.” -Nikola Tesla

In the 19th century, Nikola Tesla envisioned a global wireless power grid that any home, business, or vehicle could tap into at will. In 2020, nearly 150 years since this vision of Tesla’s, a wireless-powered world may soon finally become a reality.

Today, when charging our devices, we have limited spatial freedom to move around with the device, and typically, only one device can be charged at a time. Wireless power transfer (WPT), however, has the potential to be one of the proverbial “10x improvements” that leads to widespread adoption and unlocks new technology such as the Internet of Things (IoT). In a world where everything is connected, everything must be on.

Naturally, one implication of an emerging technology like WPT is that it’s hard to predict exactly what kinds of new innovations it will enable. Part of the excitement around WPT is indeed seeing how companies will harness it in the coming years. That said, many companies are already exploring WPT and integrating it into existing devices, in the following ways: 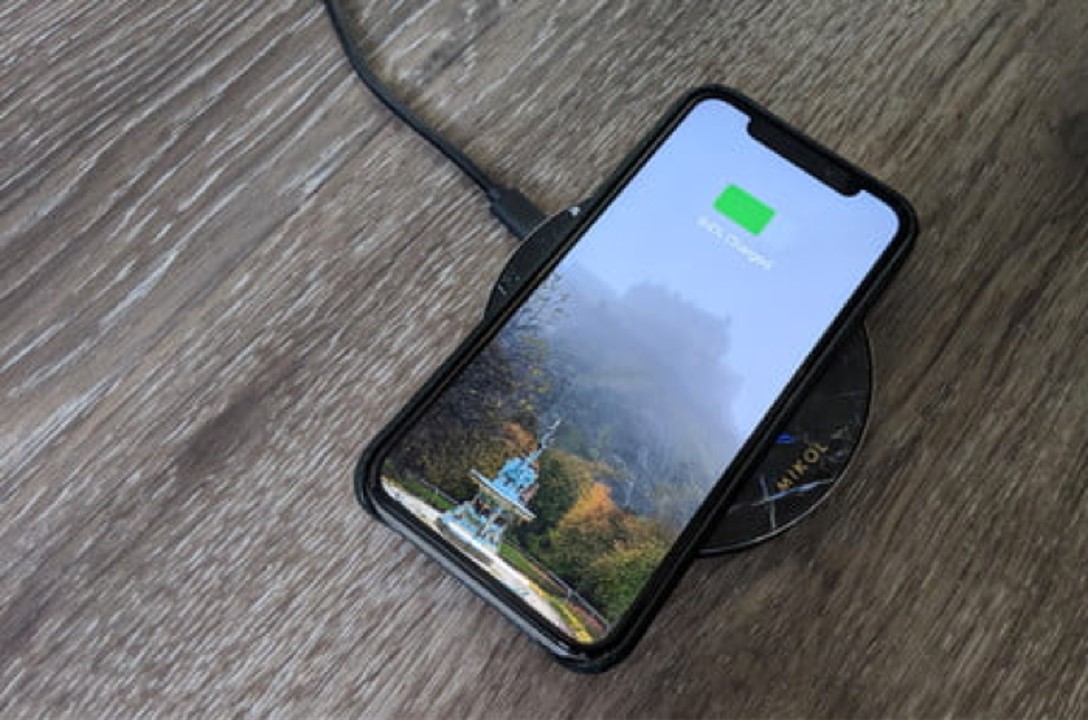 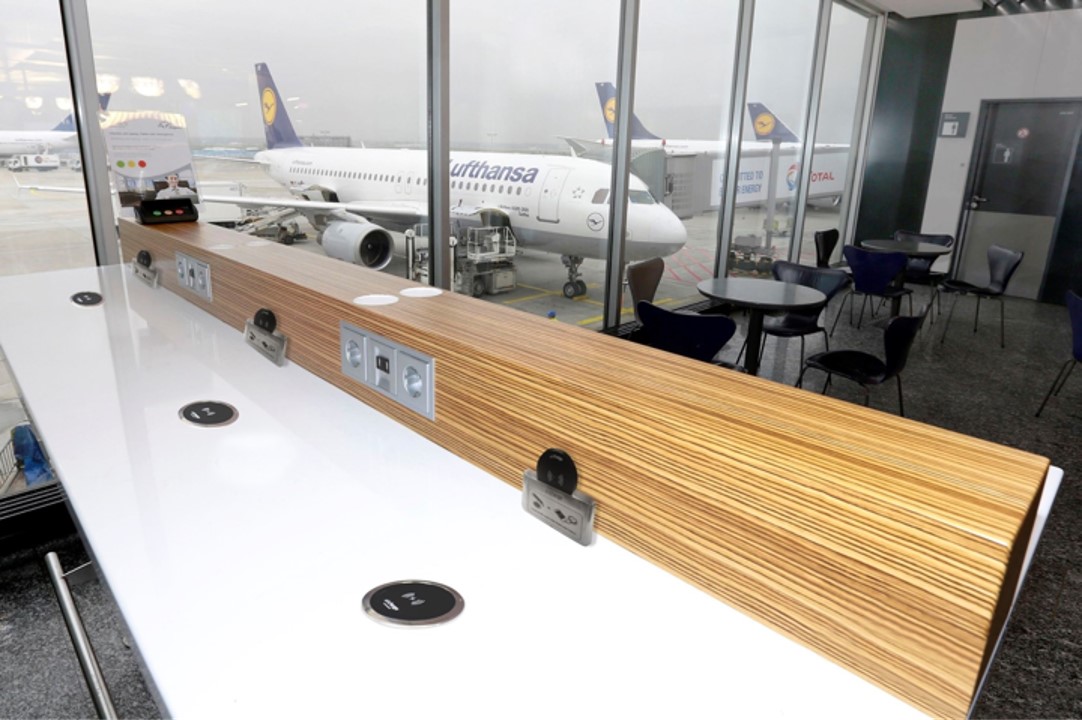 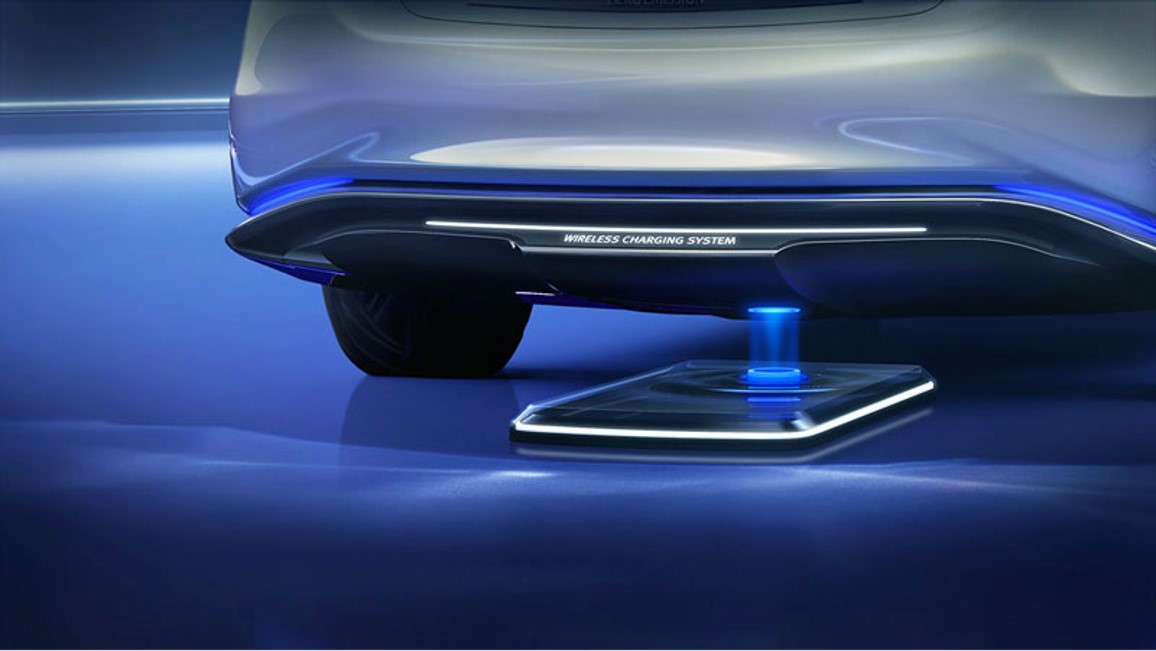 While WPT has a number of applications, the underlying technology boils down to two types: Near-field charging and far-field charging. Each type comes with its own implementations, challenges, and value chains.

Near-field charging involves placing a device on a charging mat or box. This typically works well for devices that can remain stationary for long periods of time. The underlying technology for near-field chargers include the following:

Spatial freedom. A user that places a device on a charging mat may in fact have even less freedom than if her device were tethered. Indeed, when a device is plugged into a socket, the user can move it around. Meanwhile, if the device is charging on a mat, the user must keep the device within the specific confines of the mat. Even worse, in magnetic inductive charging, the charger and the device must be aligned in order to maximize charging efficiency.

Coil size. With magnetic inductive and resonance charging, devices must have the empty real-estate to integrate magnetic coils. The larger the coil size and number of coils, the larger the charging distance, and coils typically range in size from 30mm-55mm.

Regulation. While no regulatory body oversees the development of magnetic inductive or resonance chargers, the FCC does regulate RF chargers. Before any type of RF wireless charging technology hits the market, it must comply with these stringent FCC regulations and obtain a specific license. These FCC regulations are discussed in further detail below.

The main parts of the value chain are the device and the charger. In the world of magnetic inductive charging, however, the chargers have become commodified thanks to the development of the Qi Standard. 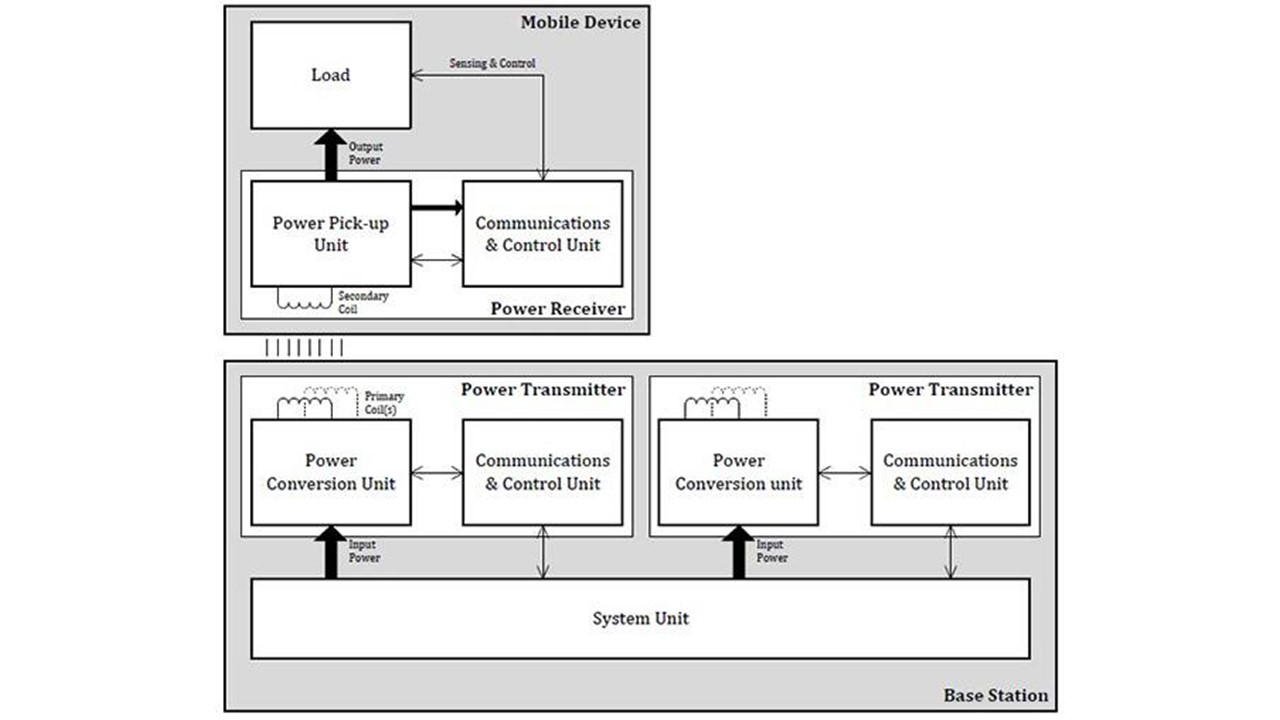 The Qi Standard (above) lays out a protocol for both magnetic inductive and resonance charging. It specifies the distance between the coils, the maximum wattage, the alternating current frequency, and the connection mechanism. The standard was developed by the Wireless Power Consortium (WPC), a group of corporations including Apple, Google, and Sony. Today, many companies adhere to this standard. Indeed, even companies not part of the WPC, such as Nokia and HTC, have agreed to make their mobile devices Qi-compliant. The Qi Standard essentially ensures interoperability such that Qi-compliant devices from different companies can charge on any Qi-compliant charging station. Qi interoperability reduces the risk of market fragmentation with incompatible products, scaling up the market for wireless charging.

Thanks to the Qi Standard, companies building magnetic inductive chargers have become essentially commodified and reduced to competition on other vectors such as form factor, analytics insights, and ease of use. 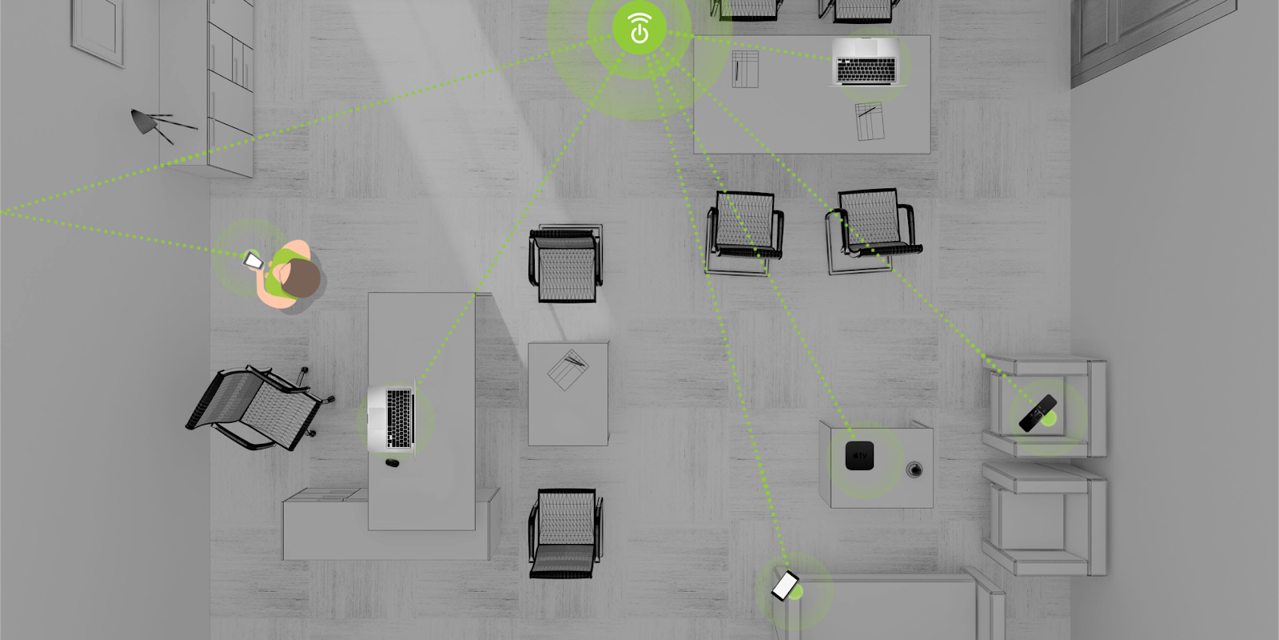 In far-field charging, a transmitter beams waves to devices, which convert those waves into energy. Credit: Ossia

With far-field charging, a user can walk around with and manipulate the device while it’s being charged. Although different companies use different technology to implement far-field charging, the overarching idea is similar: Chargers have transmitters that beam certain types of waves, and devices have receivers that intercept those waves and convert them into energy. These underlying technologies for implementing far-field charging include:

2b. Ultrasound. The transmitter works like a regular audio speaker, except it transmits an ultra-high frequency sound that is imperceptible to the human ear. Like a microphone, the receiver picks up the ultrasound waves and converts the acoustic energy into usable electrical energy. Ultrasound far-field charging also doesn’t generate any electromagnetic interference that could compromise the performance of other electronic devices. Sonic Energy is one of the companies harnessing ultrasound to deliver far-field charging.

Far-field charging could unlock the Internet of Things, but it currently faces some challenges to adoption. Companies looking to enter and innovate in this space must consider ways to overcome the following barriers.

Regulation. Companies developing wireless far-field charging via RF must obtain a license from the FCC. The FCC has two main concerns: (1) RF waves may be harmful to humans, and (2) RF waves at certain frequencies may interfere with other waves on the electromagnetic spectrum. As of now, only a few far-field charging companies have obtained approvals from the FCC, including Energous, Powercast, and Ossia. Companies using lasers to beam infrared light must comply with certain safety standards from the FDA and OSHA. The main concern is that highly-concentrated lasers can expose humans to optical radiation, which can damage the skin and eyes. Ultrasound, however, due to its use for decades in the medical field, has been extensively studied and verified safe for human use and has fewer regulatory barriers.

Inefficiency. When sending energy over a distance, a beam diverges, resulting in less power going in the right direction, and more power splitting off and going elsewhere. The efficiency of far-field wireless RF charging is about 10% and drops off heavily the further away the user is from the transmitter. Compare this with 85% efficiency in wired charging and around 70% efficiency with near-field magnetic inductive charging. Due to this inefficiency, the device charges slowly, and to achieve more wattage, the transmitter would need to transmit more, possibly unsafe, amounts of power. Infrared light has shorter wavelengths than RF waves and therefore suffers from less divergence, achieving higher efficiency. Ultrasound, meanwhile, is absorbed by air, which means there could be extreme power loss beyond a few meters. Both ultrasound and infrared, however, are hampered by line-of-sight issues. In other words, a device hidden from plain sight (in a purse or pocket, for instance) will not be able to charge.

Standards. As Jim Olsen, a vice president at Energizer said, “a universal standard [for wireless charging] is the future of charging and unquestionably beneficial to both consumers and manufacturers.” While the Qi Standard exists for magnetic inductive near-field charging, no such standard exists for far-field wireless charging. As a result, consumers have no guarantee that their device, compatible with one company’s power transmitter, would be compatible with another company’s power transmitter.

Far-field charging companies are already trying to establish lock-in by partnering to build their receivers into various devices, including household appliances (refrigerators, AC units, dishwashers) and hearing aids. Although mobile devices currently do not use these far-field energy receivers, RF companies have collaborated with hardware companies to build mobile device charging cases that are compatible with far-field charging. Energous is also reportedly working with Apple to build its receiver chips directly into Apple’s devices.

It is possible, however, for the device and the receiver to be integrated while the transmitter is modularized. This would follow from the development of a unified far-field standard, akin to the Qi Standard. Although no such standard currently exists for far-field charging, some sort of standard could be developed soon. Indeed, while the WPC is known for developing the Qi Standard, the Airfuel Alliance (another alliance group that includes the likes of Samsung, Qualcomm, and AT&T) is focusing on wireless charging via RF and could therefore promulgate an RF far-field standard. Moreover, Energous, an RF far-field charging company, is a member of the Airfuel Alliance and could be pushing the group to adopt its standards.

If a standard does get fleshed out, having a separate company build both the receiver and the transmitter would make less sense. Under a unified standard, device manufacturers could build their own receivers, resting assured that any transmitter would be able to charge the device. Device manufacturers would naturally want to build their own receivers with their own specs because the future of IoT will involve devices of different shapes and sizes, with different requirements.

Cutting against the development of a unified standard, however, is whether an integrated receiver/transmitter company has already achieved sufficient lock-in such that the friction of re-developing products to adhere to a new standard would be too high of a cost. In this scenario, different devices would only be compatible with certain chargers. Consumers have dealt with this lack of interoperability in the realm of charging ports (e.g. USB-C, USB-A, lightning, etc.), so perhaps we can handle it in the realm of wireless charging as well.

Wireless power transfer comes in different forms, each with their own distinct advantages, use cases, and barriers to entry. Below is a comprehensive comparison of these WPT methods. Companies looking to integrate wireless charging into their devices should consider which method makes the most sense for them. Moreover, innovative companies looking to enter the wireless charging market can create and capture value by addressing pain points in these various methods.

Near-field and far-field charging both hold promise for the future of charging. However, wireless power transfer is still in its early infancy, and there remain many questions around the best applications of this field: What are the devices best suited for near-field as opposed to far-field charging? Will one far-field charging standard rule them all? The existence of these questions implies massive room for exciting growth and experimentation in answering them. As more and more companies build wireless charging capabilities into their products and chargers, we’ll continue to grow along the S-curve of technological adoption and transformation. Soon, we’ll perhaps turn the Earth into the huge brain Tesla was talking about.

Christopher Wan is a Venture Fellow with Bessemer Venture Partners and JD/MBA Candidate at Stanford University.