This Is Series A is a podcast about the builders and businesses that shape tech and internet culture, and the inevitable challenges and lessons that come out of early-stage entrepreneurship. In each episode, Talia Goldberg and Jeremy Levine, partners at Bessemer Venture Partners, talk to founders, CEOs, and internet philosophers about building startups and what keeps them inspired every day.

Don’t miss an episode! Subscribe to This Is Series A today: 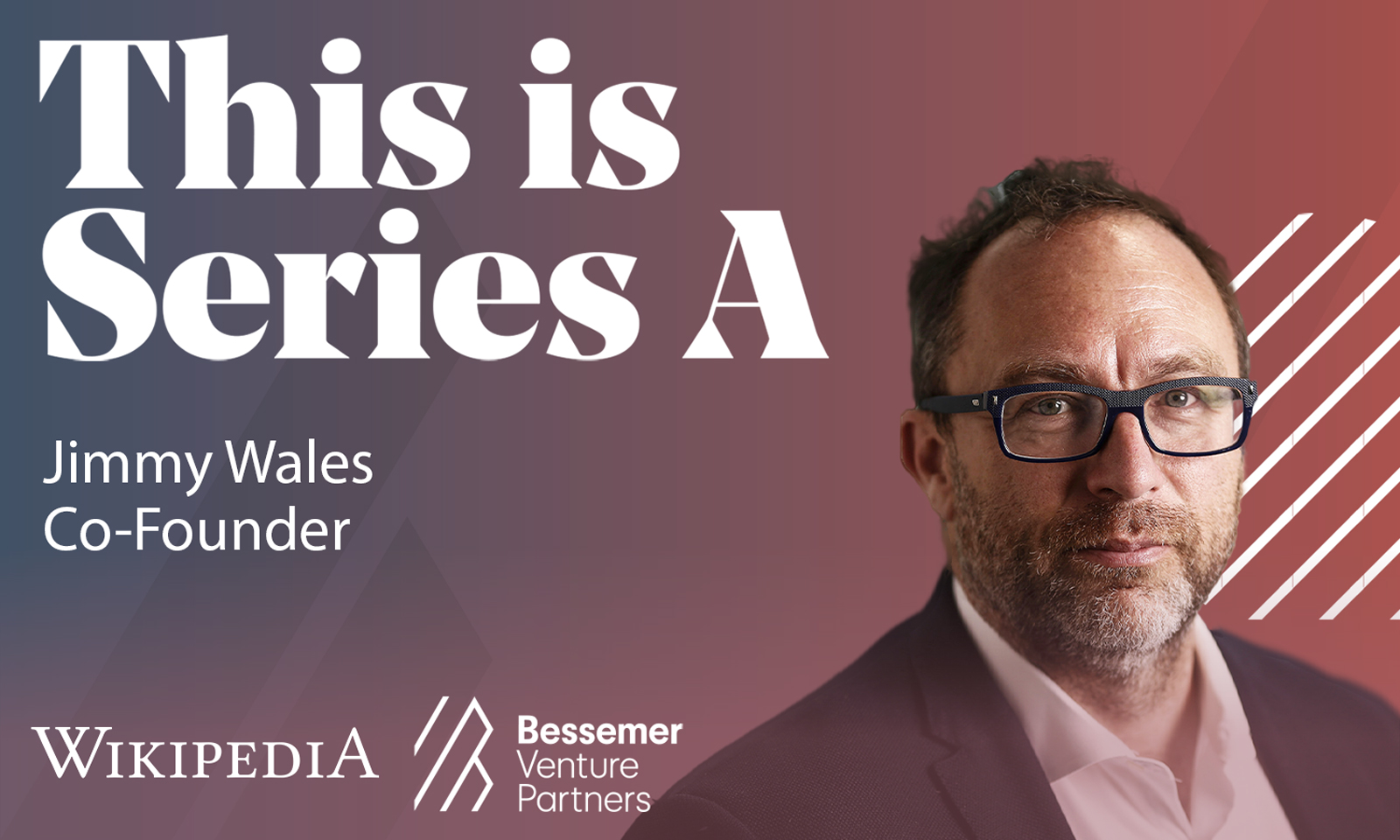 The concept of compiling the world’s knowledge in a single location dates back to the ancient Libraries of Alexandria and Pergamum, but the modern concept of an encyclopedia originated with Diderot and the 18th-century French encyclopedists. In this episode of This Is Series A, Talia Goldberg and Jeremy Levine speak with Jimmy Wales, co-founder of Wikipedia and Fandom. Jimmy Wales shares his journey building the internet’s encyclopedia, the challenges along the way, and what other entrepreneurs and creators can learn from his experience. 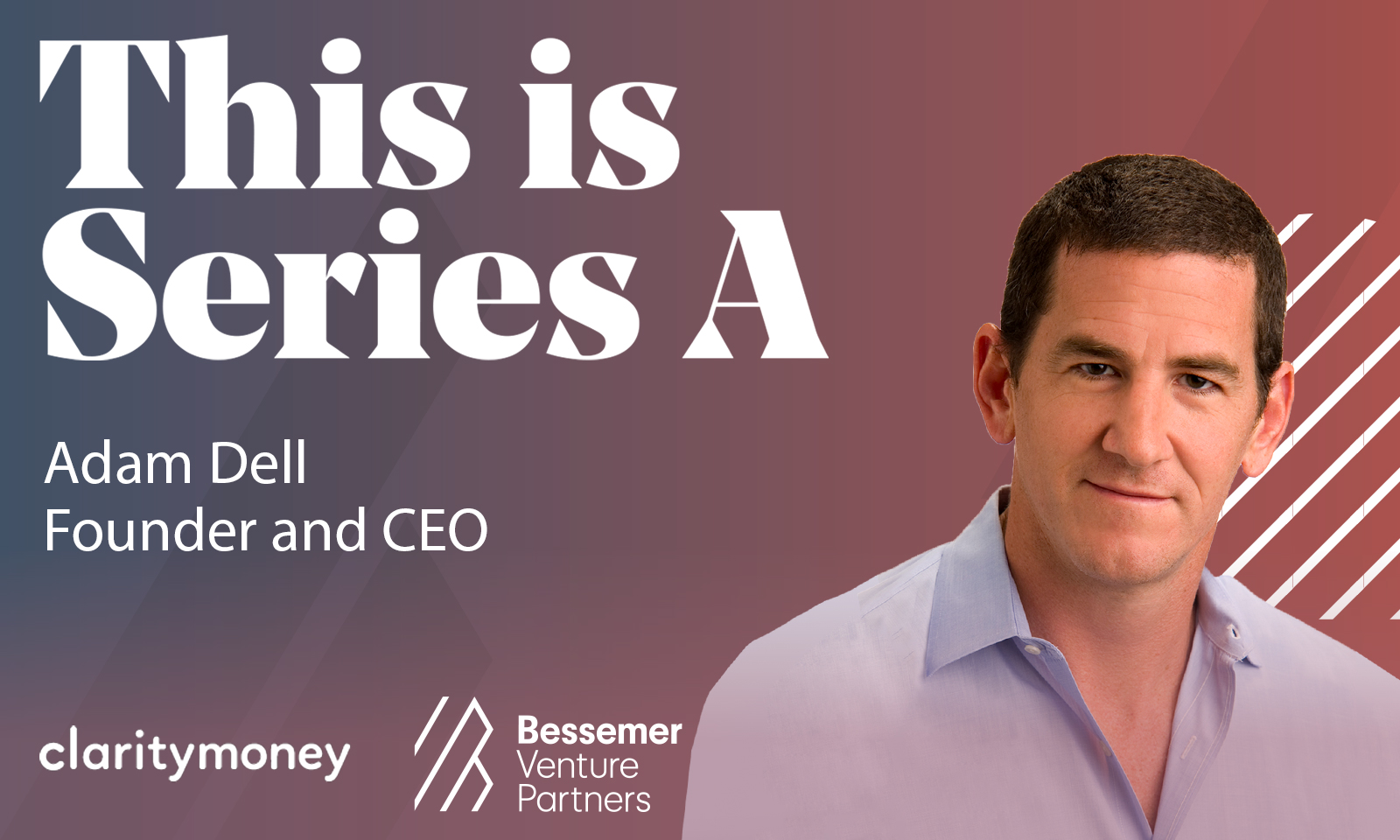 In this episode of This Is Series A, Talia Goldberg and Jeremy Levine speak with Adam Dell, American venture capitalist, early investor and board member in OpenTable, and founder and CEO of Clarity Money, a personal financial management tool that helps people bring more transparency to your spending. The company was acquired by Goldman Sachs in 2018. Adam Dell is now a Partner and Head of Product at Marcus by Goldman Sachs. 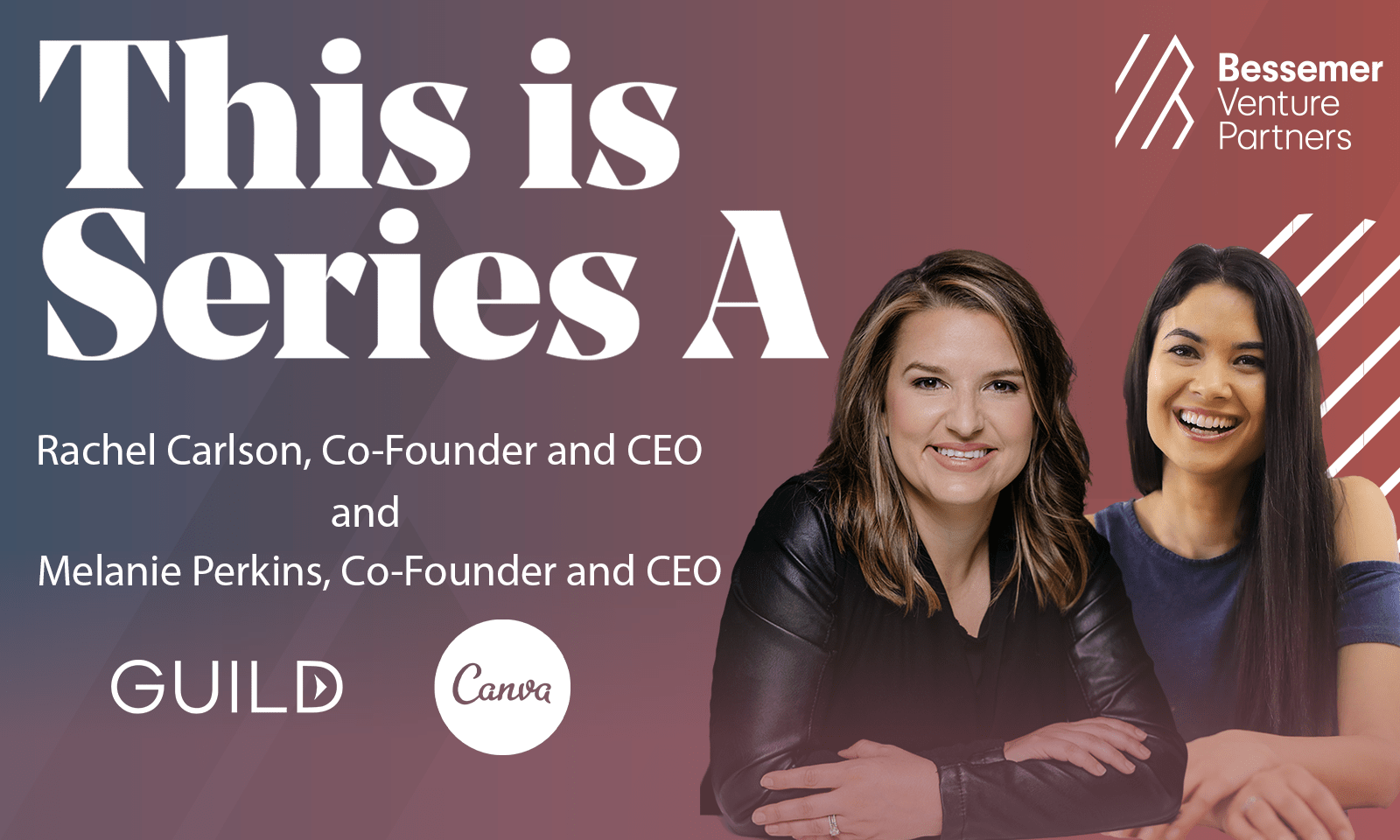 In this special episode of This Is Series A, Talia Goldberg speaks with two visionary founders who have carved out new ways for technology to equalize access—Melanie Perkins, CEO and co-founder of Canva, and Rachel Carlson, CEO and co-founder of Guild Education. Canva empowers the average person with zero design experience to create beautiful graphics. And Guild places adult education within reach for millions of less economically advantaged workers. In this conversation, they share an inside look at what it takes to invent a new billion-dollar category. 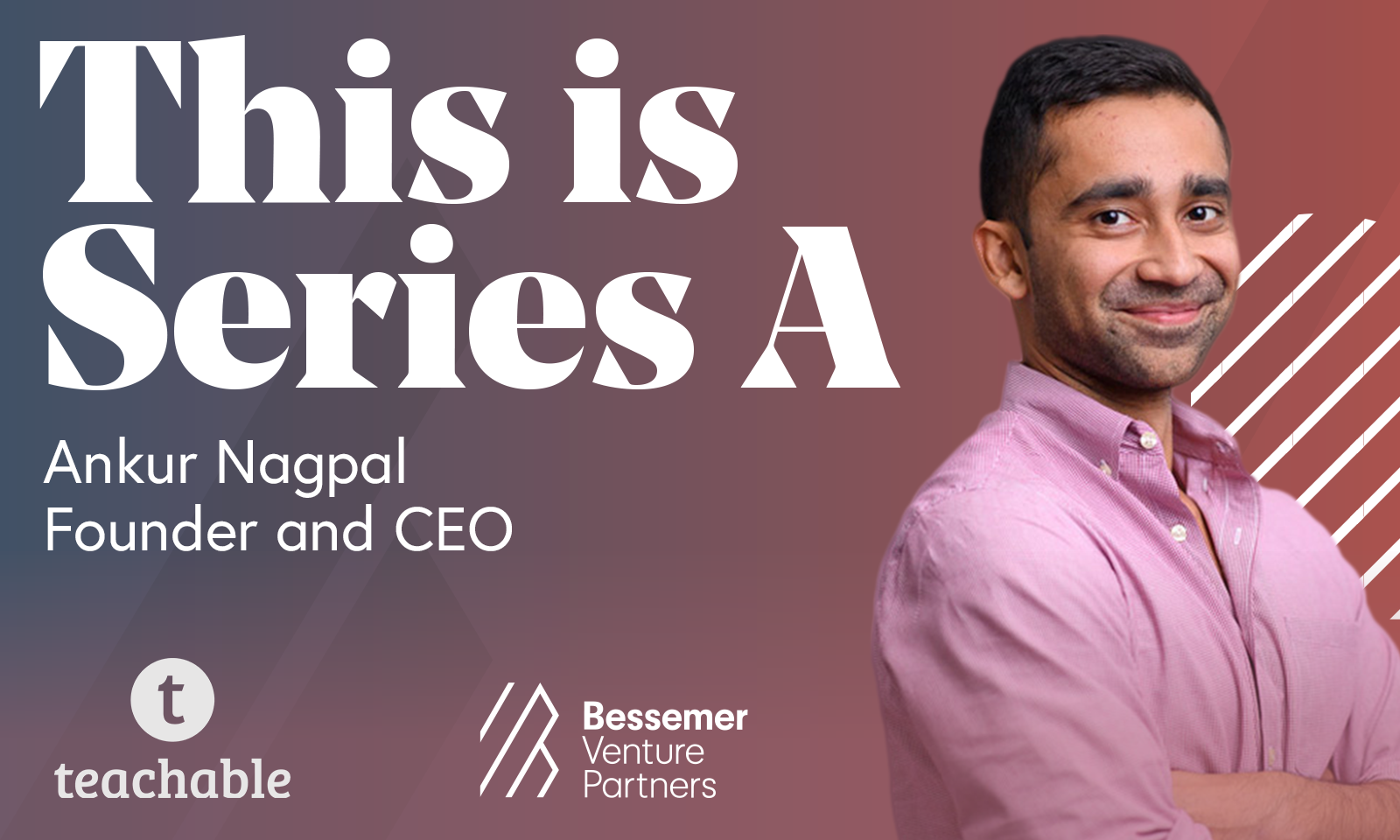 Ankur Nagpal is the founder and CEO of Teachable, the online platform that enables people to sell individual online courses in subjects as varied as programming to cake decorating. A leader in the creator economy, he started the company in 2014, and after raising over $12.5 million in funding, there are now more than 100,000 digital instructors who have reportedly earned over $500 million on his platform. 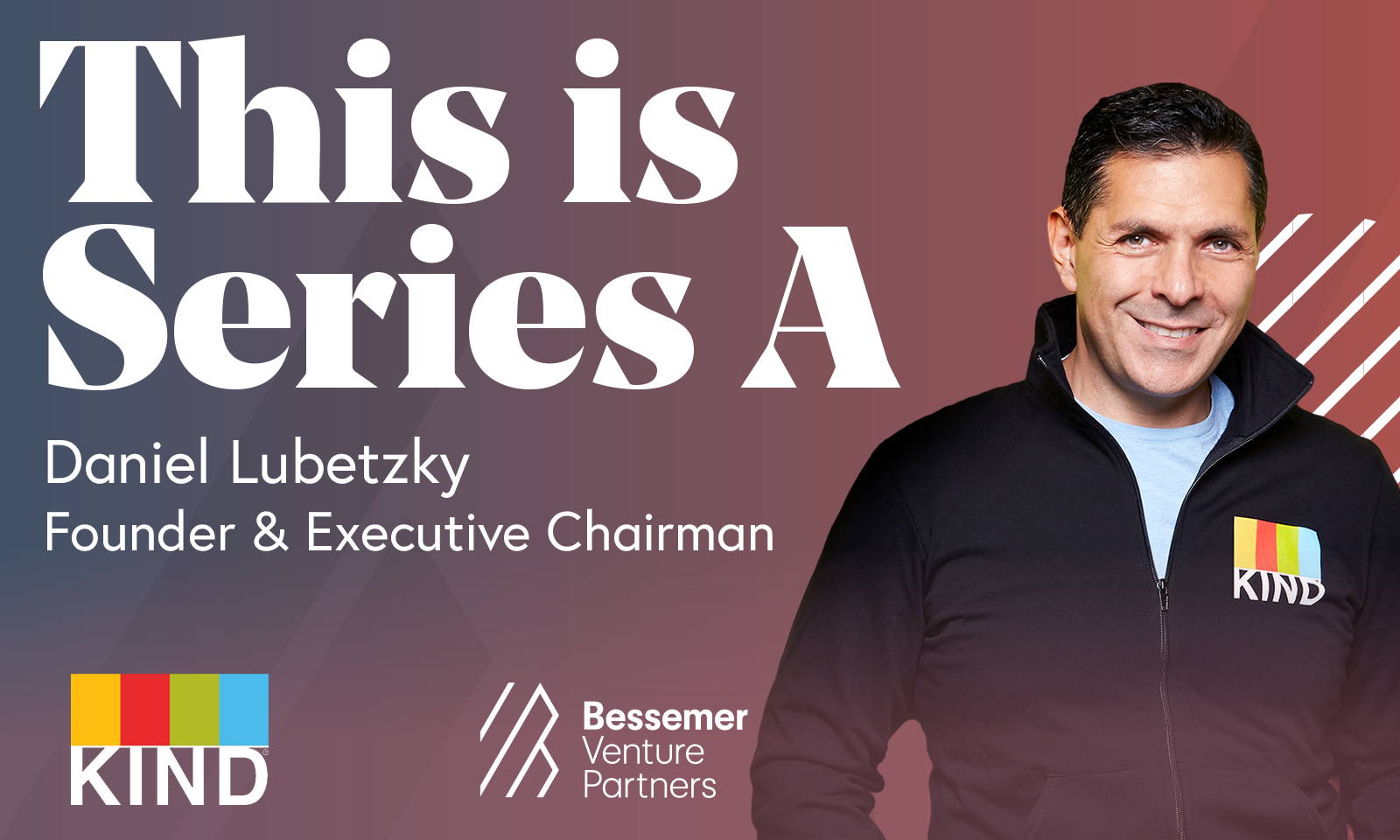 Daniel Lubetzky is the founder and executive chairman of Kind, the multi-billion-dollar food company that’s become a household name. The Kind brand is known as a healthier snack food with a social cause. In this episode, Jeremy and Talia dive into Daniel’s entrepreneurial journey, the lessons other founders can gain from his experience, and how he built a food empire with a mission. 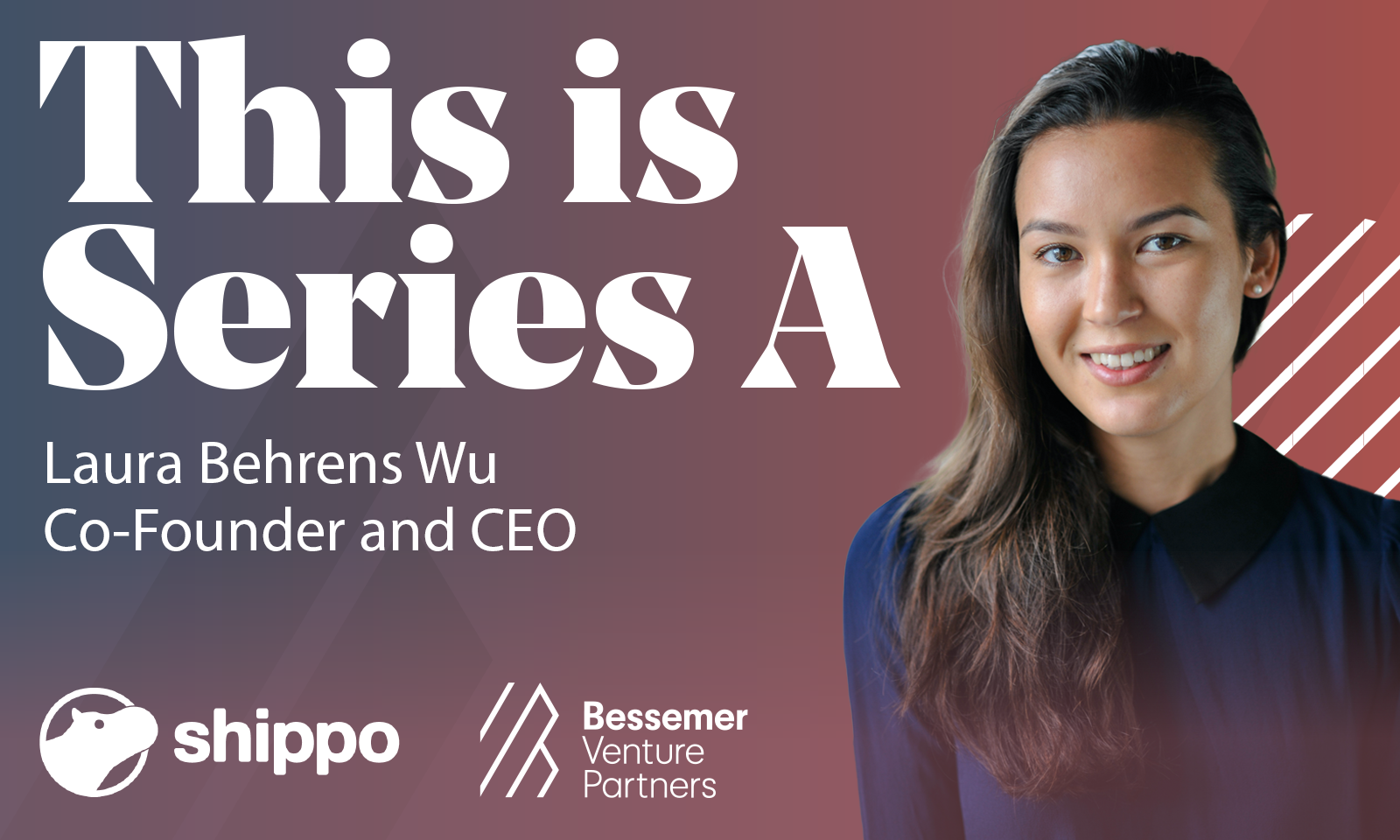 Laura Behrens Wu is the co-founder and CEO of Shippo. Talia and Jeremy first met the shipping API company in 2017, and as early investors in Shopify, they observed firsthand the explosion of independent e-commerce companies. Thanks to Shopify, merchants could easily set up their stores online. Thanks to Stripe, merchants could easily accept payments online. Yet shipping remained complex and opaque. After our first meeting with Shippo, Bessemer quickly realized how their solution was the critical missing piece of the new “e-commerce stack,” streamlining and optimizing shipping operations for merchants of all sizes and types. In this episode, Jeremy and Talia talk to Laura about her entrepreneurial journey and Shippo’s evolution.