On A Healthy Dose, Partner Steve Kraus and his co-host and friend Trevor Price of Oxeon Partners interview experts, leaders, and practitioners on the state of the healthcare industry. In this special mini-series, they speak with the experts on the pandemic outbreak. 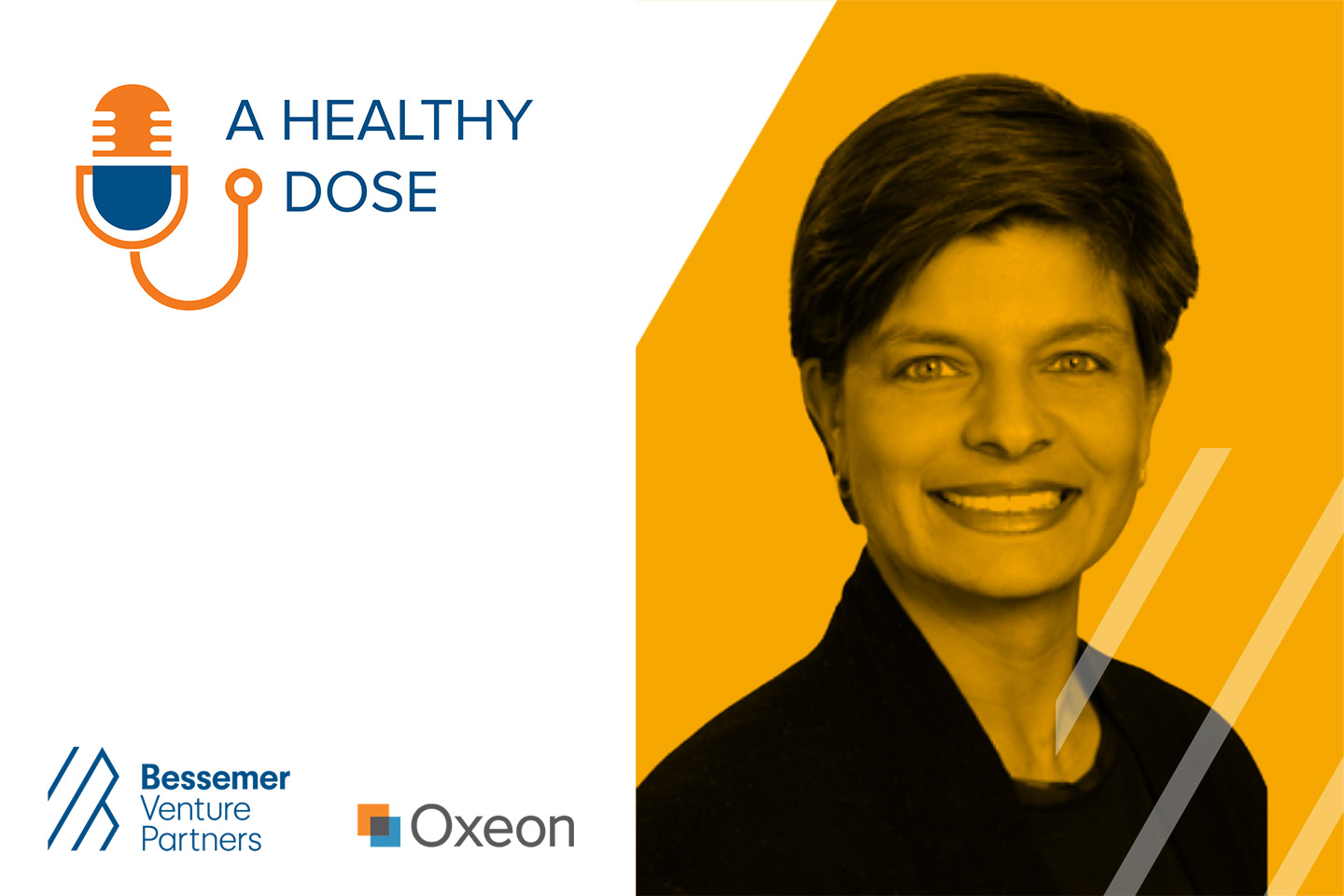 Reena Pande, Chief Medical Officer of AbleTo, sits down with Steve and Trevor to discuss how COVID-19 has affected our mental health, the misperception that you can’t measure mental health, how to hire a chief medical officer, and more. 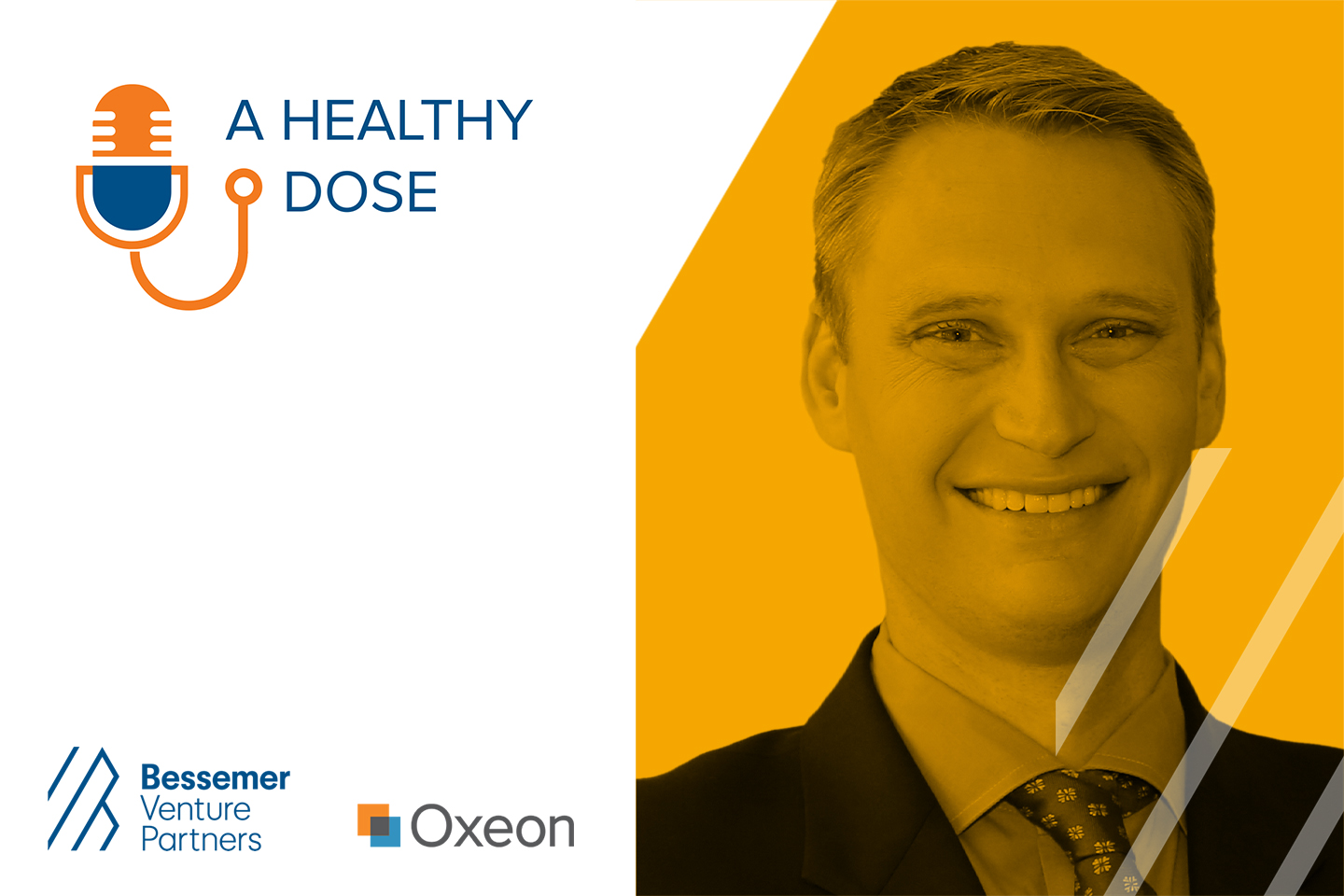 Mike Pykosz, CEO of Oak Street Health, sits down with Steve and Trevor and discusses his entrepreneurial journey of building Oak Street, how to compensate doctors in a value-based system, and the importance of investing heavily in preventive care. 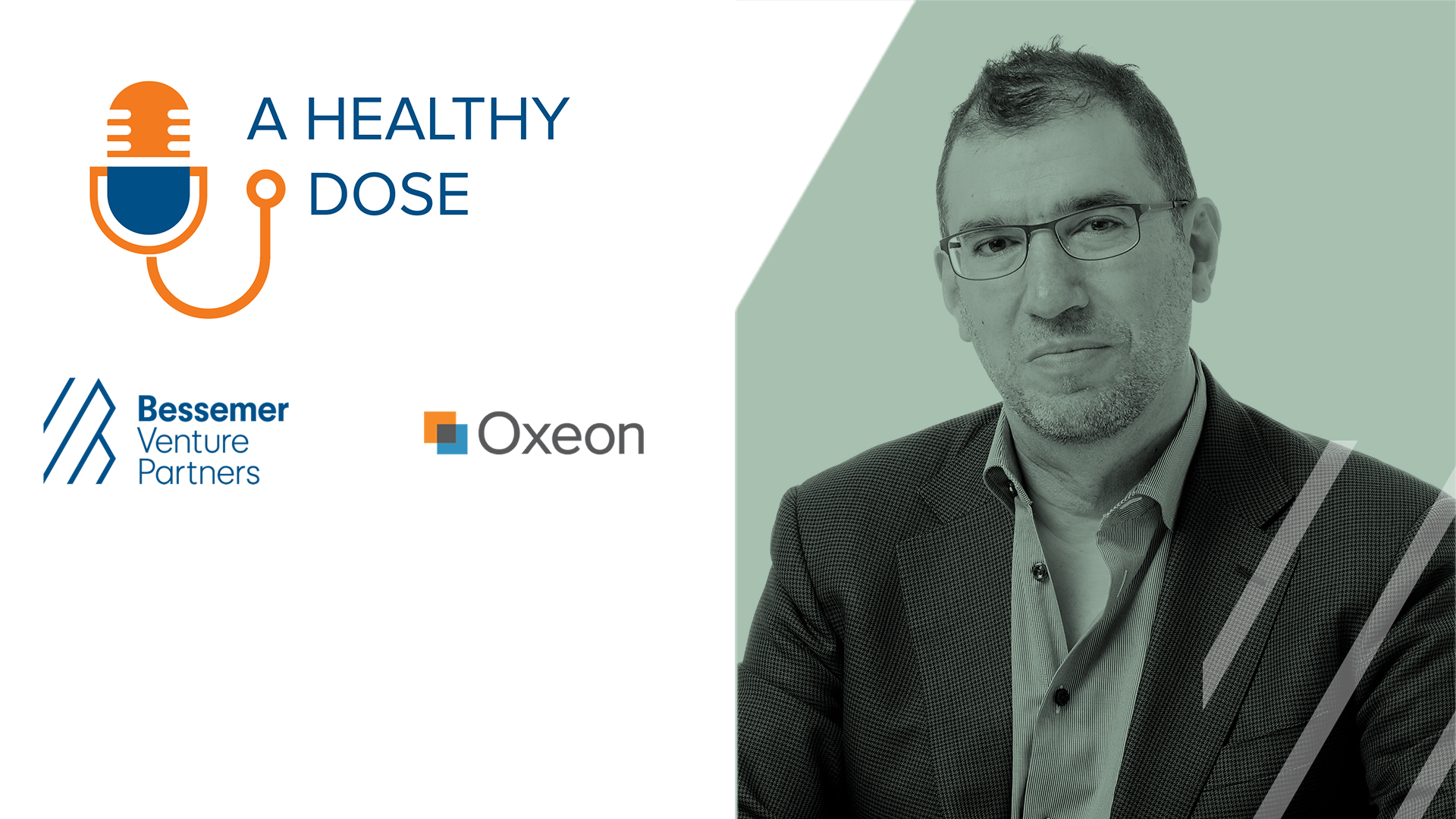 Andy Slavitt, former acting chief of Medicare and Medicaid, sits down with Steve and Trevor to talk about his new role in the Biden Administration, his perspective on the vaccine role out, and the power of communication in this public health crisis. 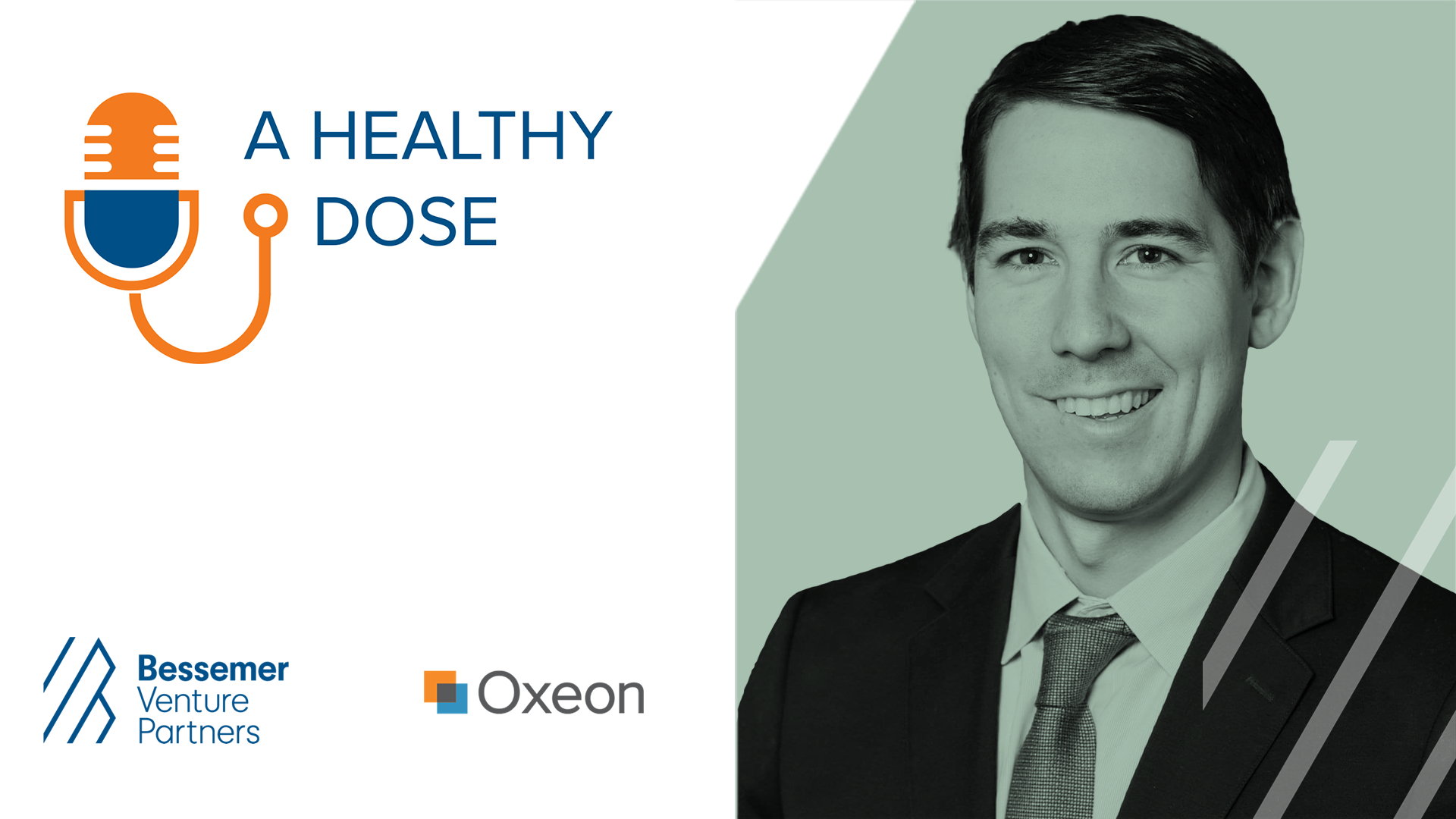 Josh Harder, U.S. Representative for California’s 10th congressional district, sits down with Trevor and Steve on this episode of A Healthy Dose. They debrief about what we can learn from the November 2020 elections, how dealing with the federal government amplifies startups’ biggest challenge, and the importance of investing in our public health infrastructure.

Jeff Immelt, former CEO and chairman of GE, on the traits of successful leaders and advice for the incoming president 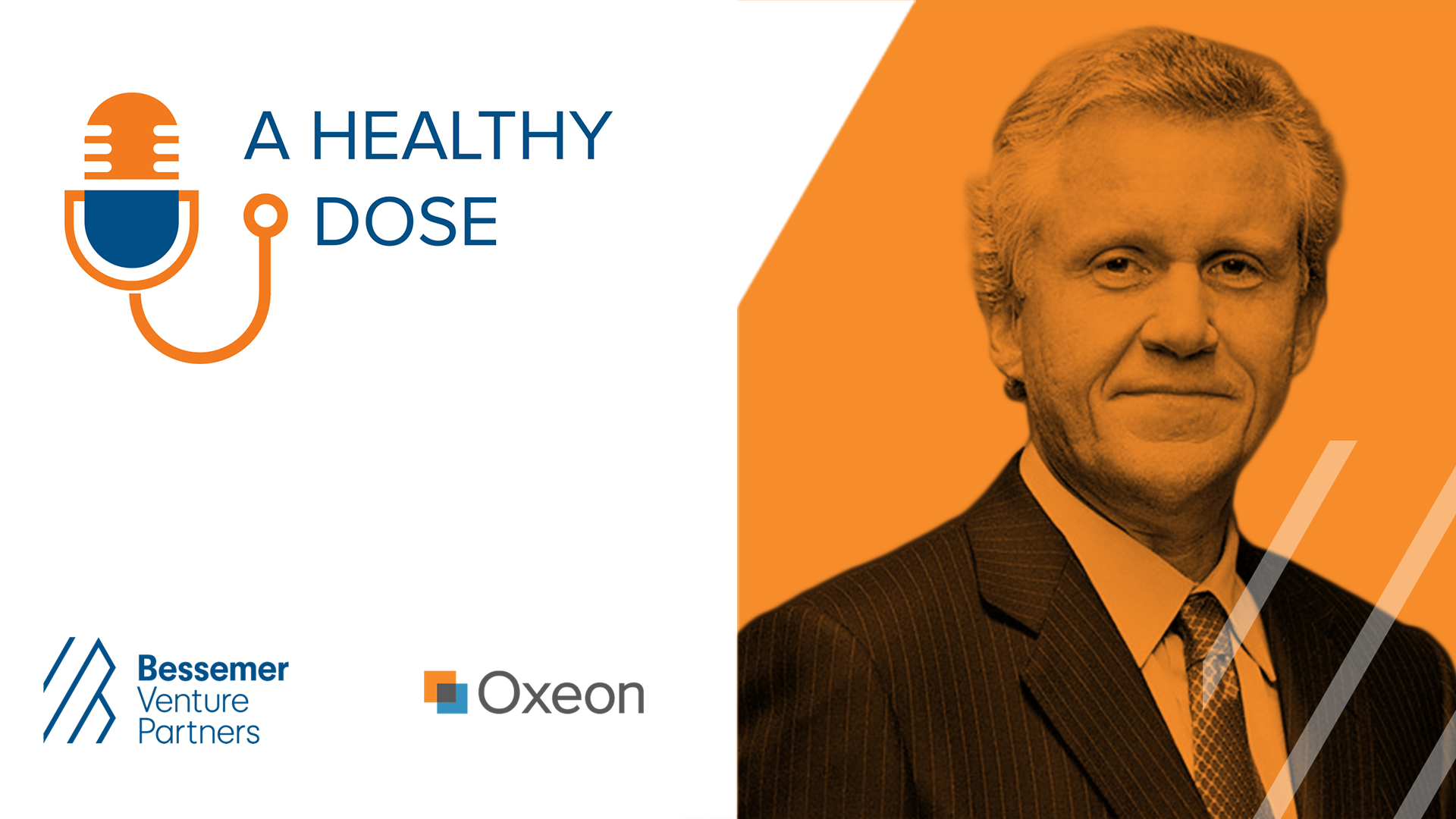 Jeff Immelt, former CEO and chairman of GE and venture partner at New Enterprise Associates, sits down with Trevor and Steve on this episode of A Healthy Dose. They debrief about the habits and characteristics of good leaders, the leading healthcare company of the future, and advice to the incoming U.S. president. 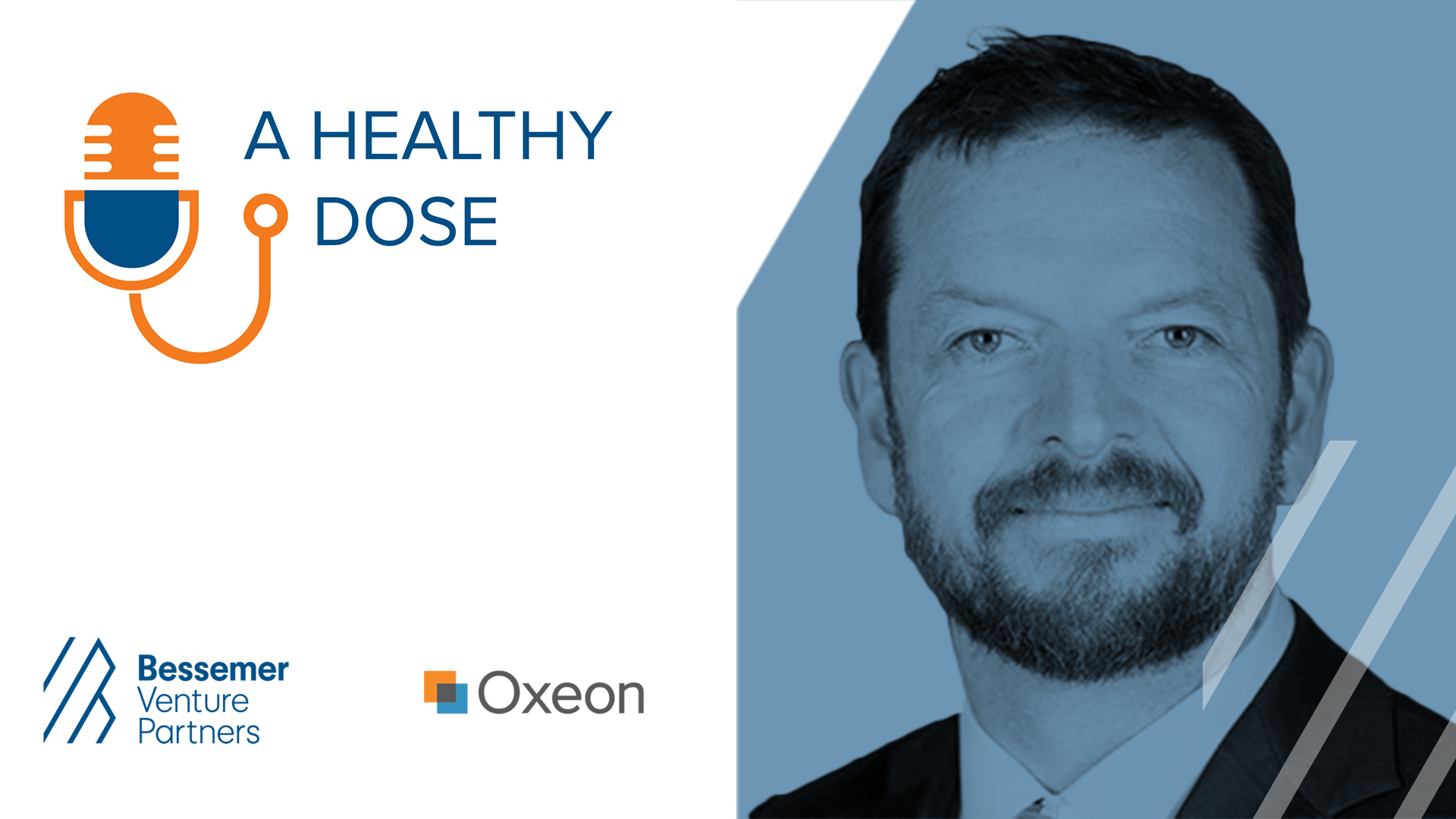 Joe Grogan, former assistant to Pres. Donald Trump and former director of the U.S. Domestic Policy Council, sits down with Trevor and Steve on this episode of A Healthy Dose. They discuss how the pharmaceutical industry should prioritize patients, the politicization of a COVID-19 vaccine, and ideas for what an alternative to the Affordable Care Act could look like.

Sami Inkinen, CEO of Virta, on ‘burning the lifeboats’ to fully commit to your company 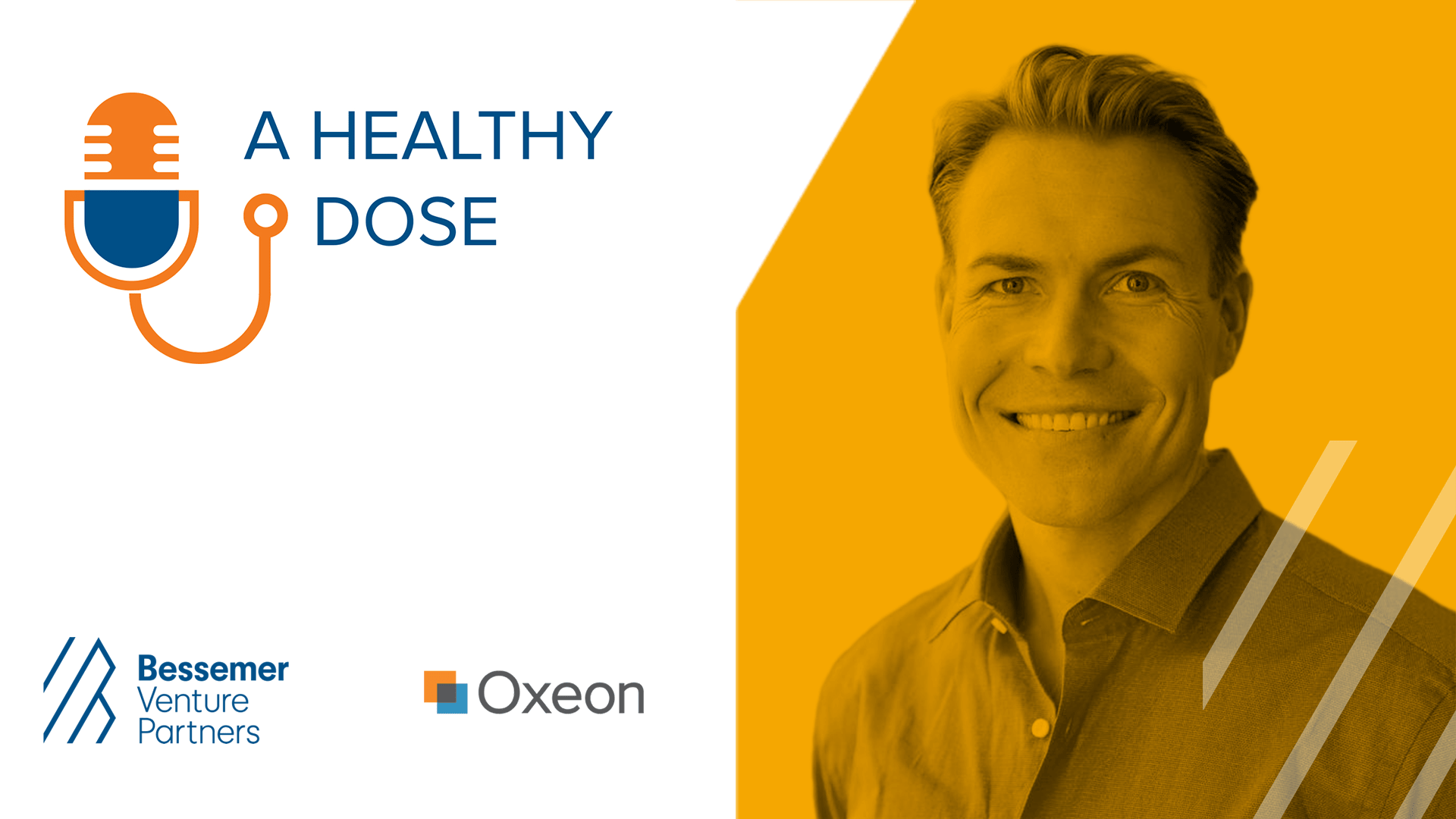 Sami Inkinen, CEO and founder of Virta Health, the first clinically-proven treatment to safely and sustainably reverse type 2 diabetes without medications or surgery, and co-founder of Trulia, sits down with Trevor and Steve on this episode of A Healthy Dose. They debrief about the value of pursuing an MBA for entrepreneurs, “burning the lifeboats” to fully commit to your company, and Sami’s journey rowing 2,750 miles with his wife from California to Hawaii. 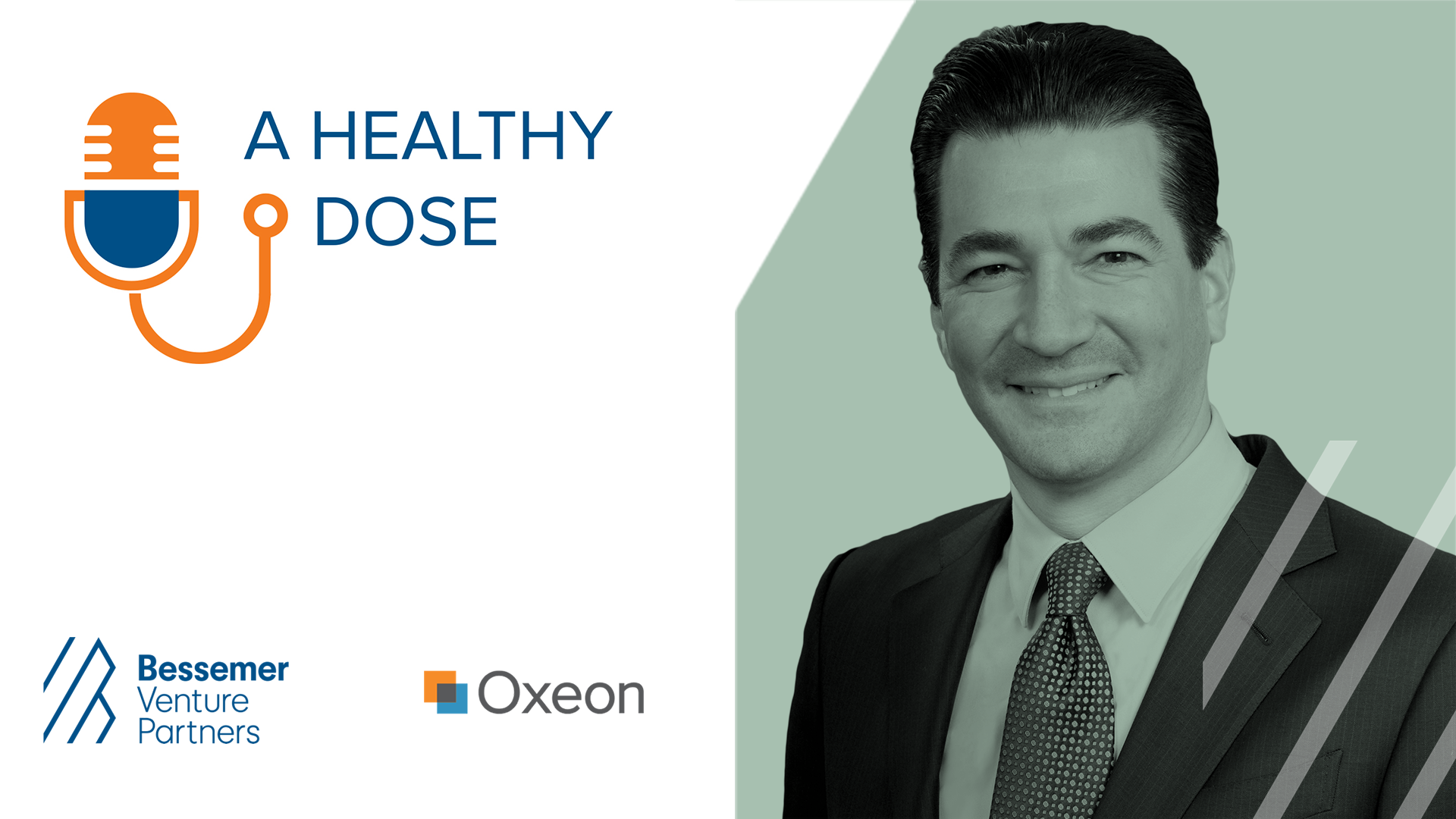 Scott Gottlieb, physician, investor and former FDA Commissioner, sits down with Trevor and Steve on this episode of A Healthy Dose. They debrief about the J.P. Morgan Healthcare Conference, healthcare trends, and how his life and work in healthcare has changed his time working for the federal government. 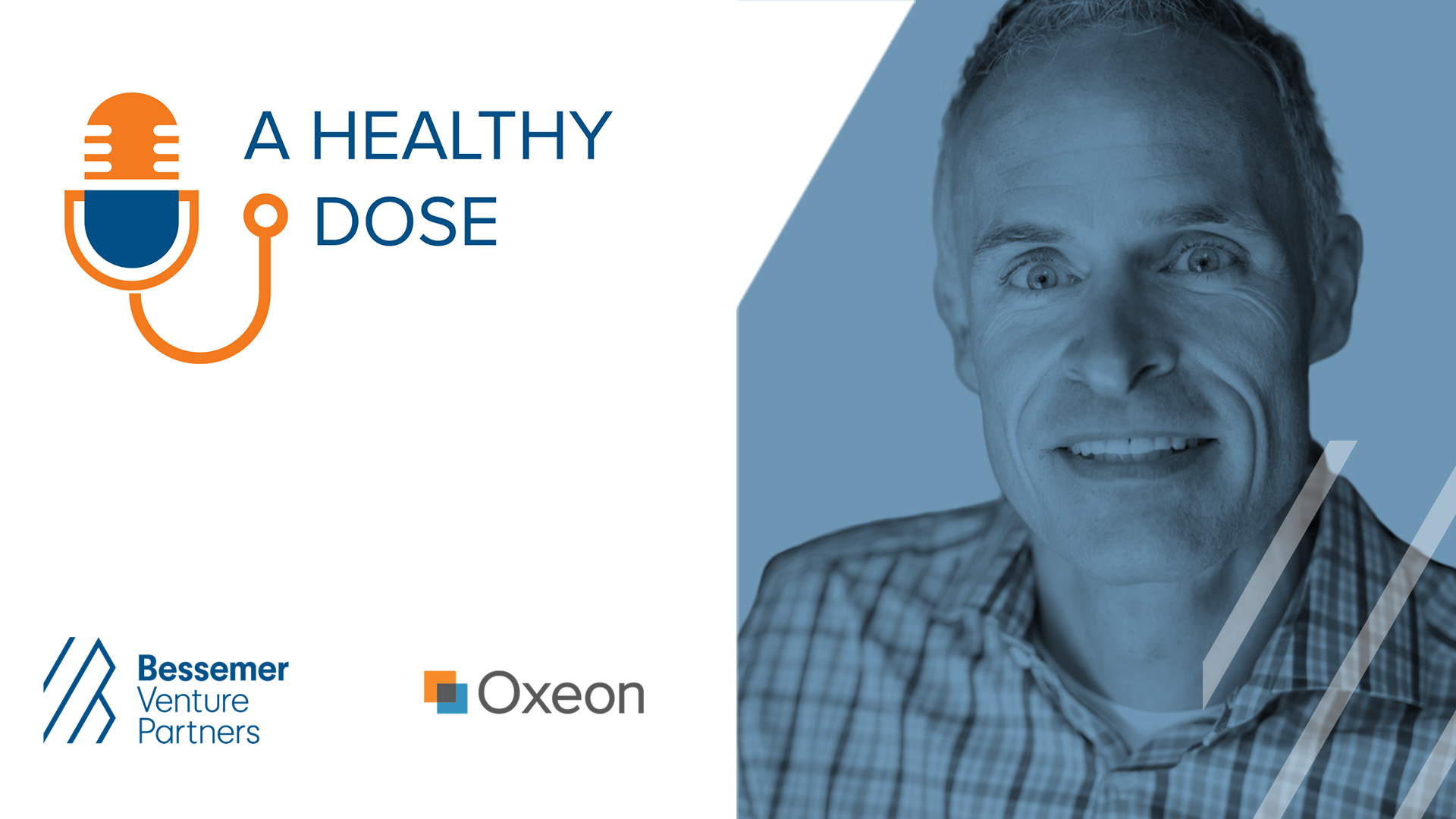 Trevor and Steve talk with Bob Kocher, physician, professor at Stanford University, author, and venture capitalist at Venrock. Together they talk about healthcare policy, along with healthcare IT and services investments. 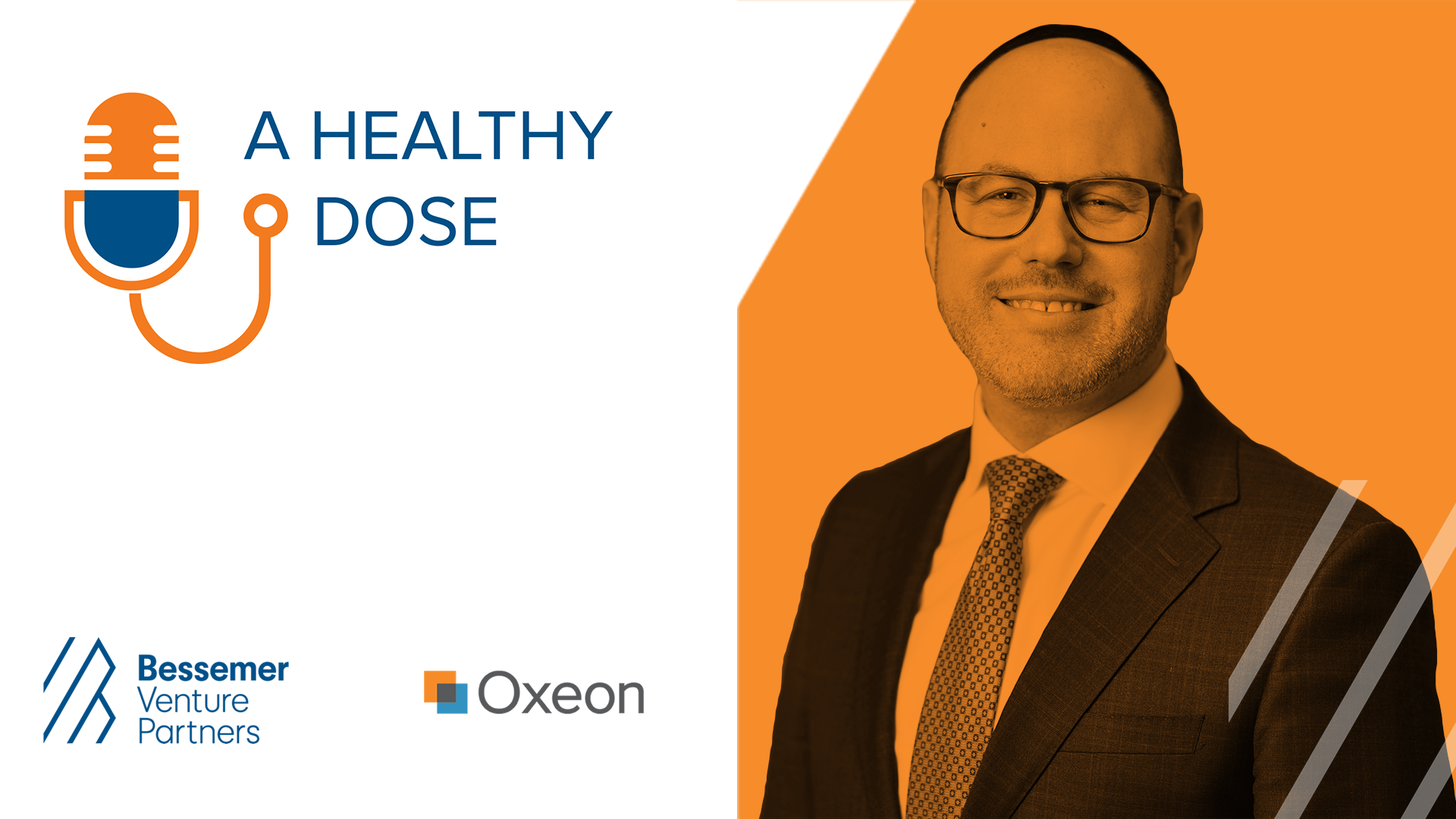 In the tenth episode of A Healthy Dose COVID Crisis miniseries, Trevor and Steve talk with Donny Tuchman, CEO of Cobble Hill LifeCare. Donny talks about how Cobble Hill’s frontline workers are managing care for its nursing home residents in Brooklyn, a hotspot of the pandemic.

David Shulkin, M.D. on serving veterans and the role of government in a public health crisis 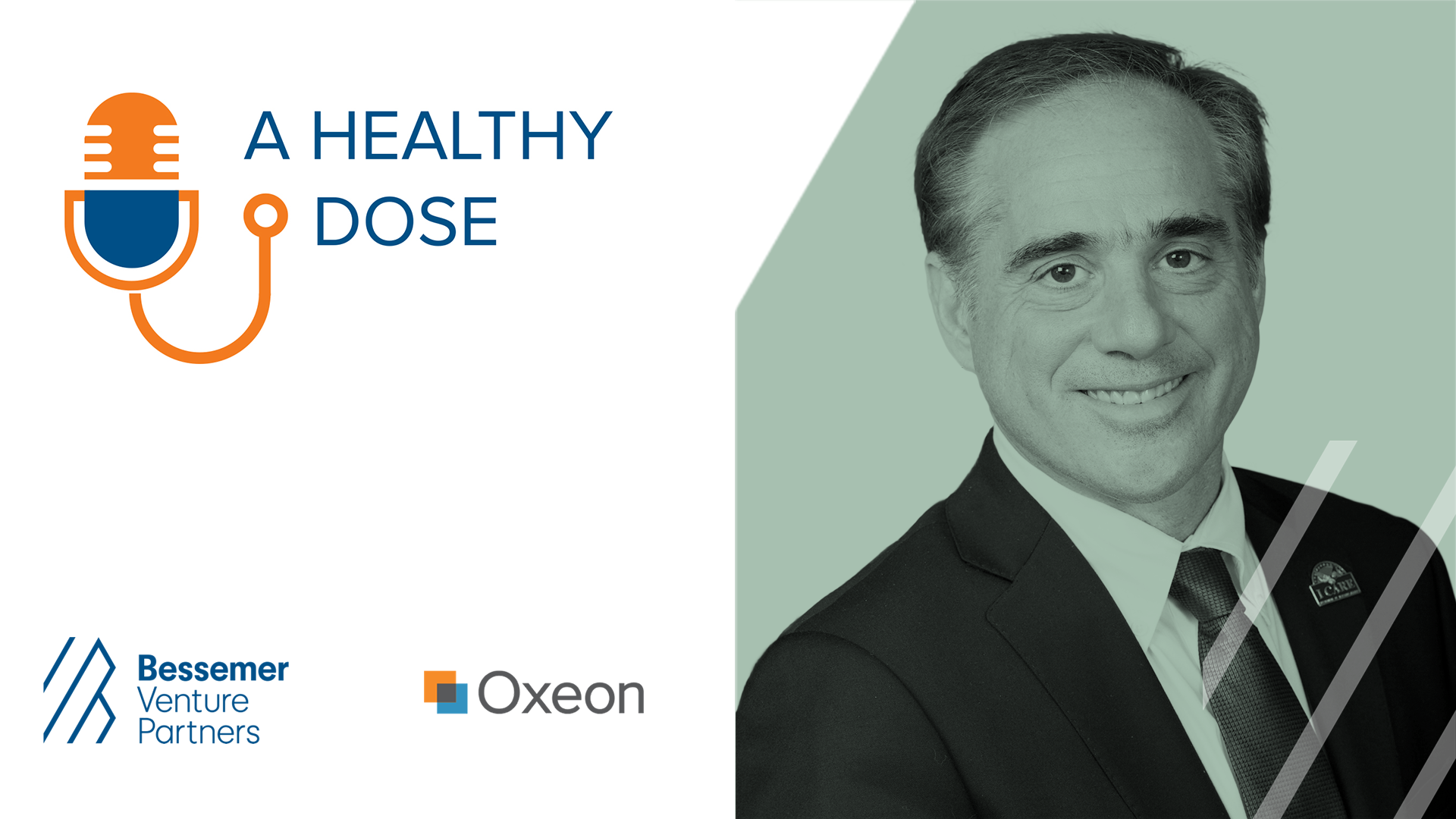 In the ninth episode of the A Healthy Dose COVID Crisis miniseries, Trevor and Steve talk with David Shulkin, the ninth Secretary of the U.S. Department of Veterans Affairs who served under President Donald Trump. He was the Under Secretary of Veterans Affairs for Health from 2015 until 2017, appointed by President Barack Obama. Before his work in government, David also led as Chief Medical Officer at UPenn and ran a value-based organization at Atlantic Health Care. 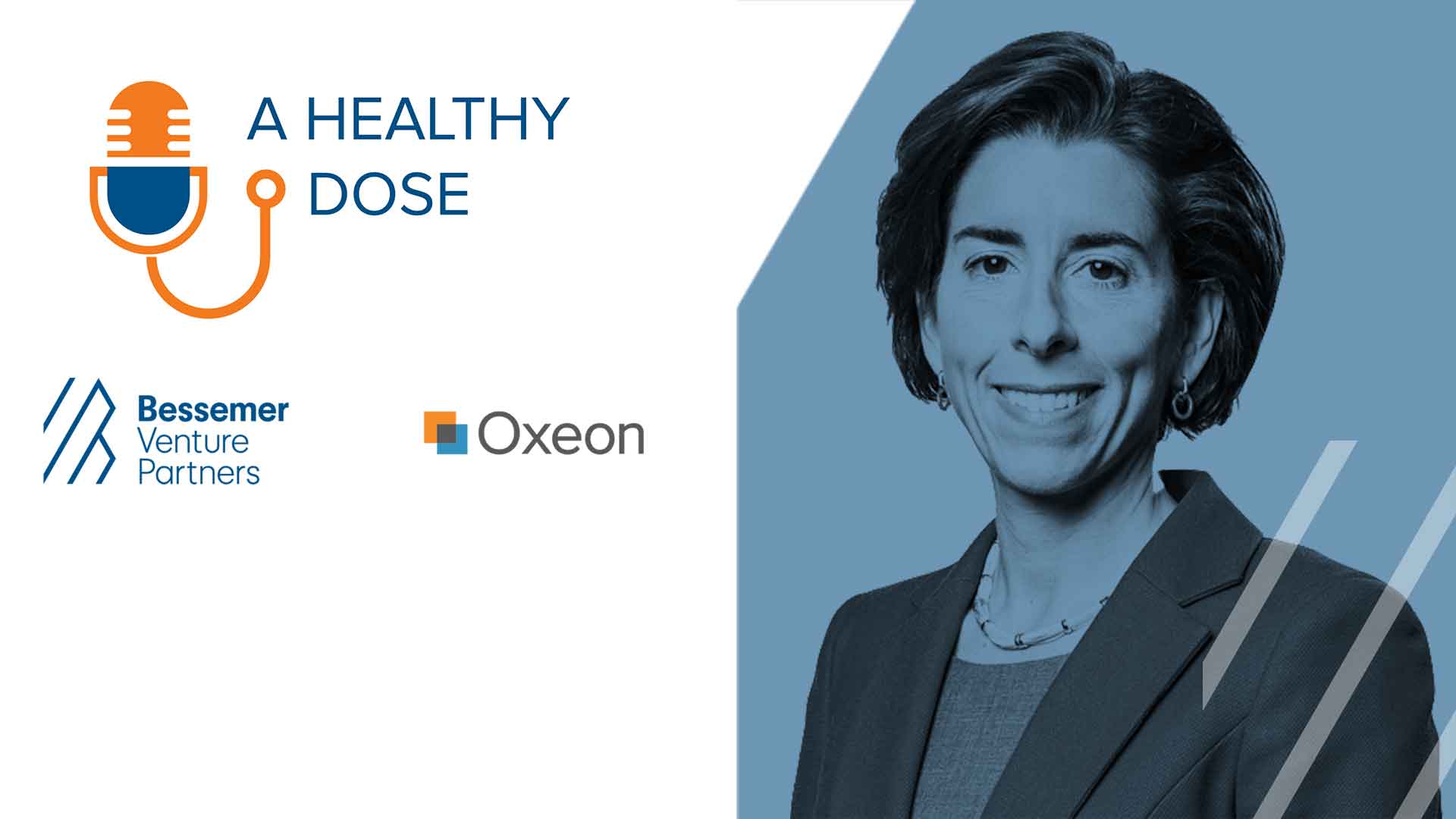 In the eighth episode of the A Healthy Dose COVID Crisis miniseries, Trevor and Steve talk with Governor Gina Raimondo, the Governor of Rhode Island. “This coronavirus has massively and significantly accelerated many of the trends that were happening in our economy. Public sector leaders have a serious obligation, as do private sector leaders, to help support the businesses and people most impacted,” Governor Raimondo said. “Corona has devastated people and businesses and I believe we have an obligation to train them up and give them a chance to compete.”

Key takeaways from this conversation include: 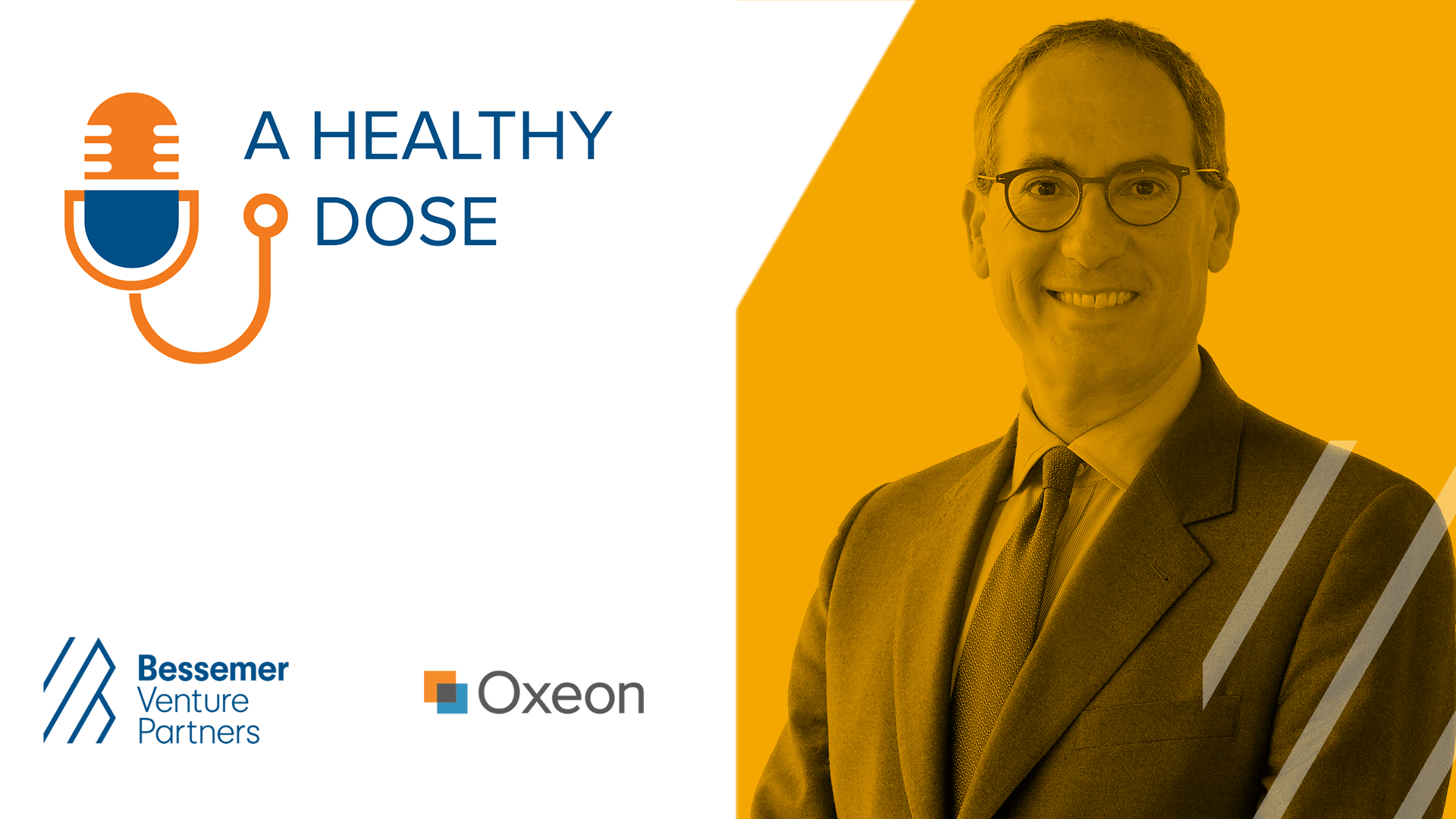 In the seventh episode of the A Healthy Dose COVID Crisis miniseries, Trevor and Steve speak with Kevin Tabb, President and CEO at Beth Israel Lahey Health, and is one of the most prominent and respected health system leaders in our country. In this conversation, they discuss the challenges of running a hospital in these harrowing times.

In this conversation, they discuss: 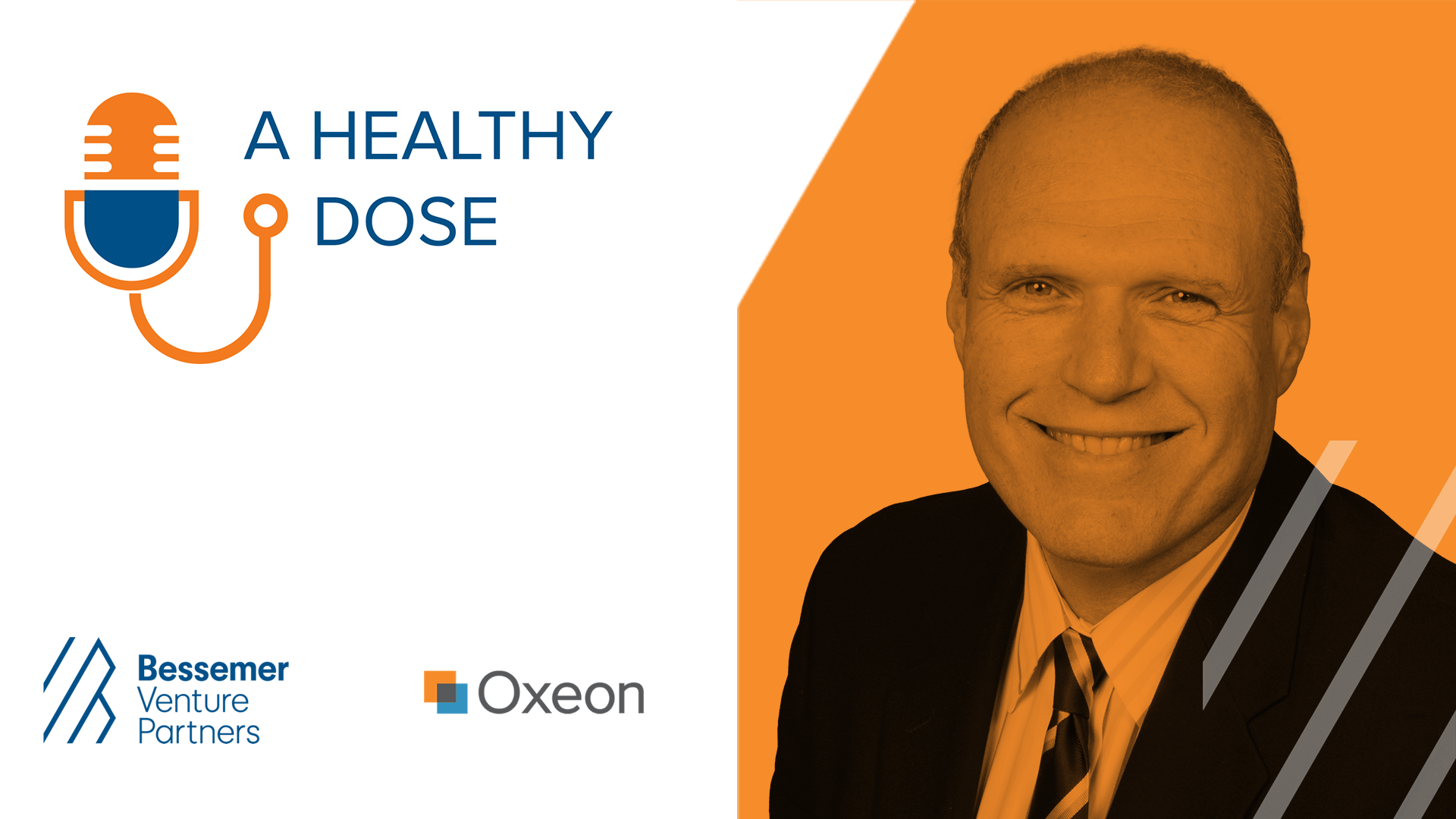 In the sixth episode of the A Healthy Dose COVID Crisis miniseries, Trevor and Steve talk with Stephen Rosenthal, Senior Vice President of Population Health Management at Montefiore Health System. 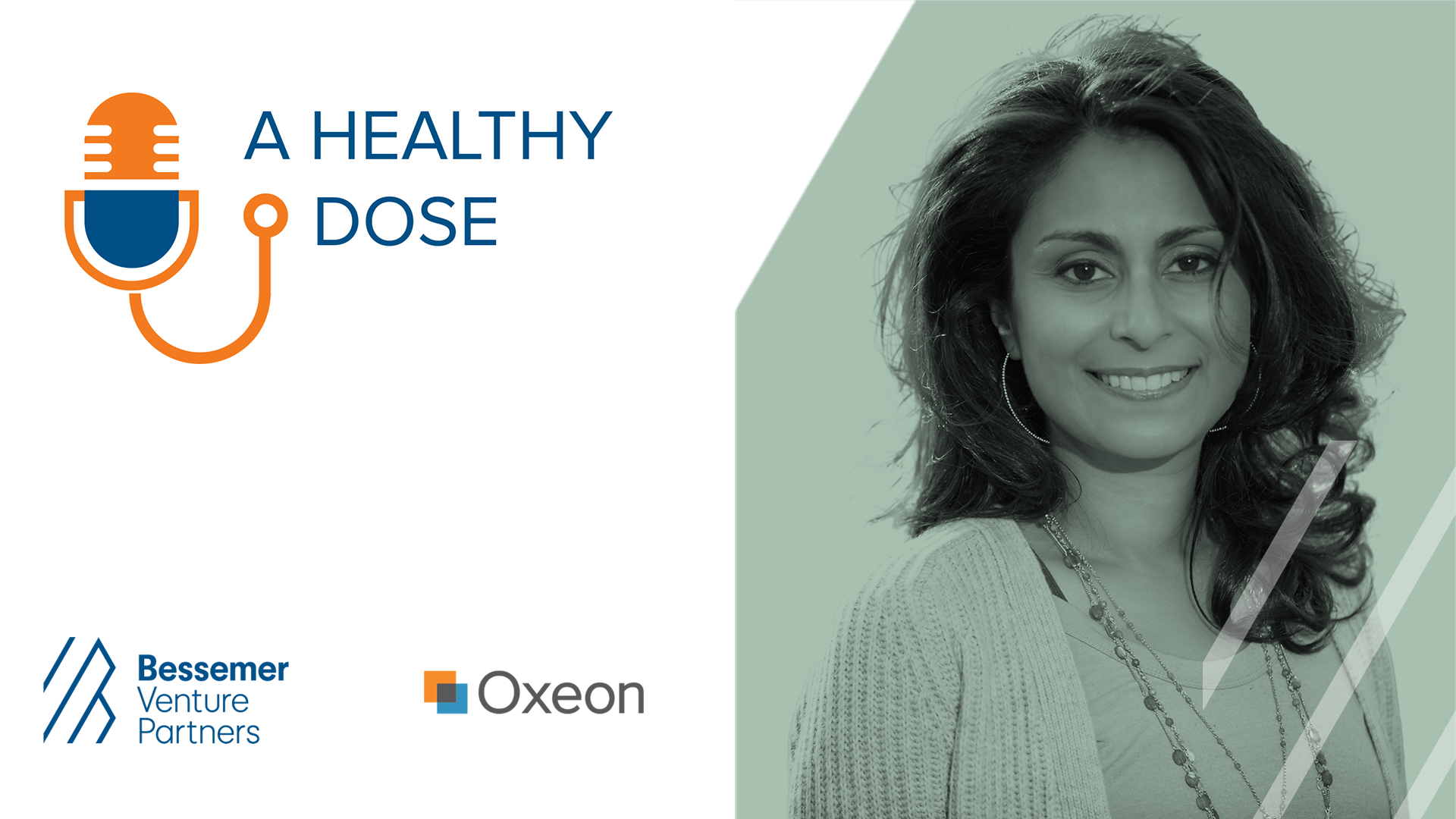 In the fifth episode of the COVID Crisis series, Trevor Price and Steve Kraus chat with Céline Gounder, an American medical doctor and medical journalist who specializes in infectious disease and global health. She was educated at Princeton University, Johns Hopkins Bloomberg School of Public Health, and University of Washington School of Medicine. She is also the host of two podcasts, American Diagnosis and EPIDEMIC Podcast.

In this conversation, Céline answers questions, such as: 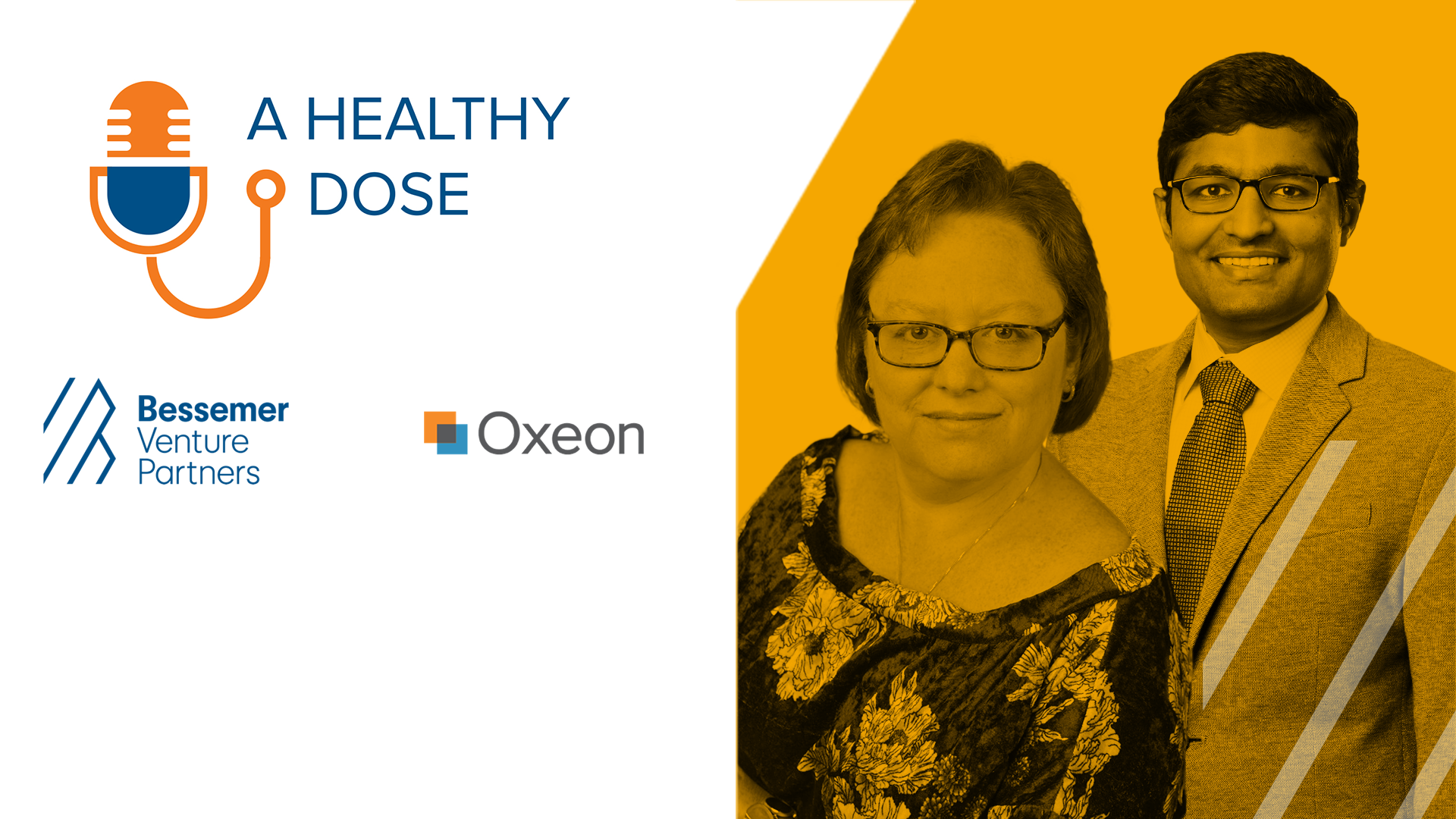 In the fourth episode of the COVID Crisis series, Steve Kraus and Trevor Price sit down with Mudit Garg, founder & CEO of Qventus, Inc, and Karyn Baum, VP of System Clinical Operations at Fairview Health Services. Together they talk about how healthcare systems are grappling with unprecedented patient surges during the COVID-19 pandemic. “Regardless of location, after seeing what’s happened in New York, Italy, and beyond, hospitals can’t afford to not be prepared to expand capacity and especially ventilator capacity,” said Mudit Garg. 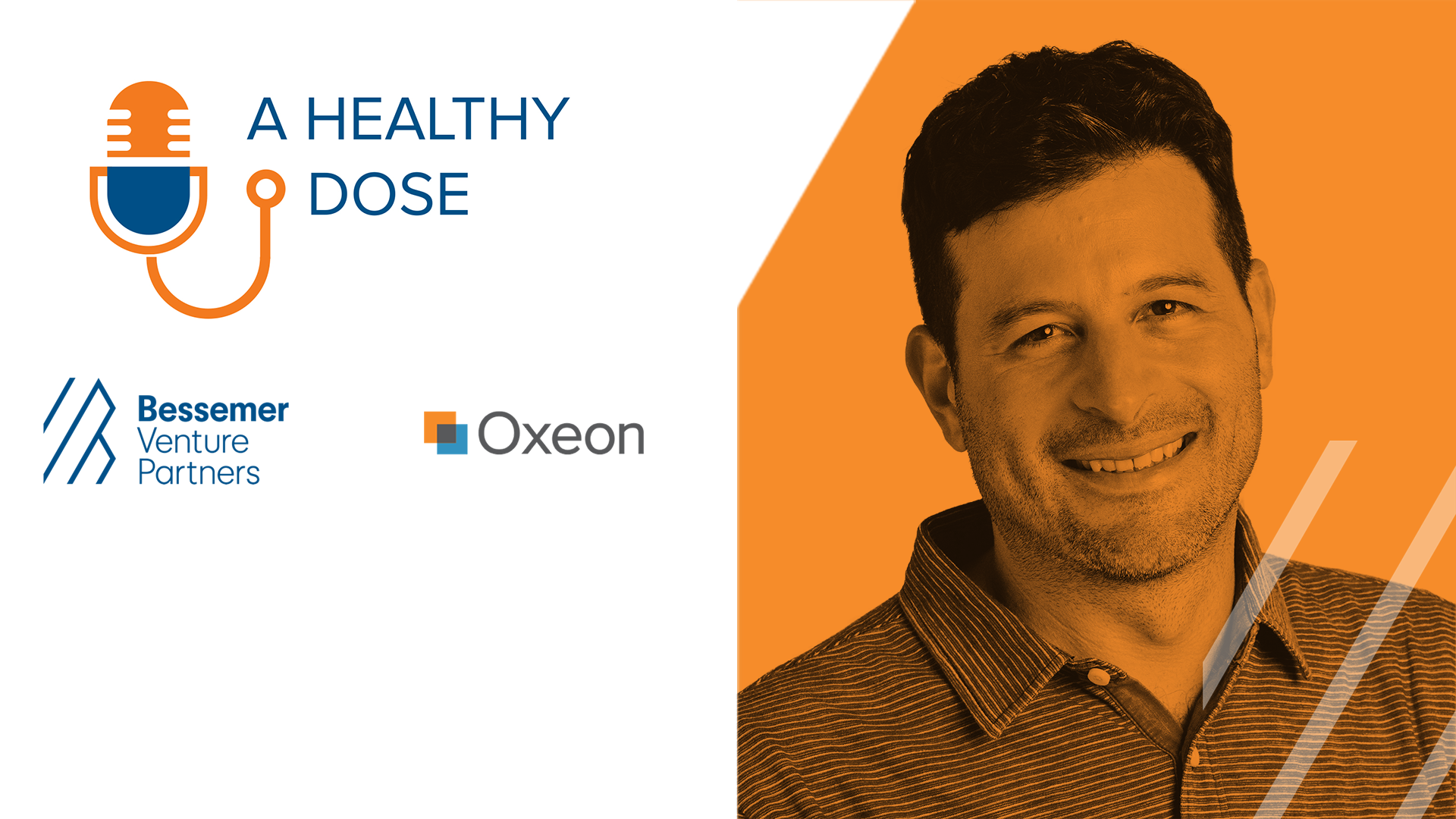 In the third episode of the Covid Crisis series, Steve Kraus and Trevor Price sit down with Russell Glass, CEO of Ginger, to discuss the effect COVID-19 is playing on mental health and how the platform is stepping up to make sure our frontline healthcare workers have access to the mental health services they need. “If you’re looking at the active members on Ginger, we’ve seen a 50% increase from February to March,” said Russell. “We’re also measuring the intensity of these conversations from our care providers, and that is up by 10 to 15% during that same period. We’re just at the beginning, too, as we all move into this new reality.”

Lonny Reisman and Lori Bernstein, founders of HealthReveal, on serving vulnerable populations most impacted by the pandemic 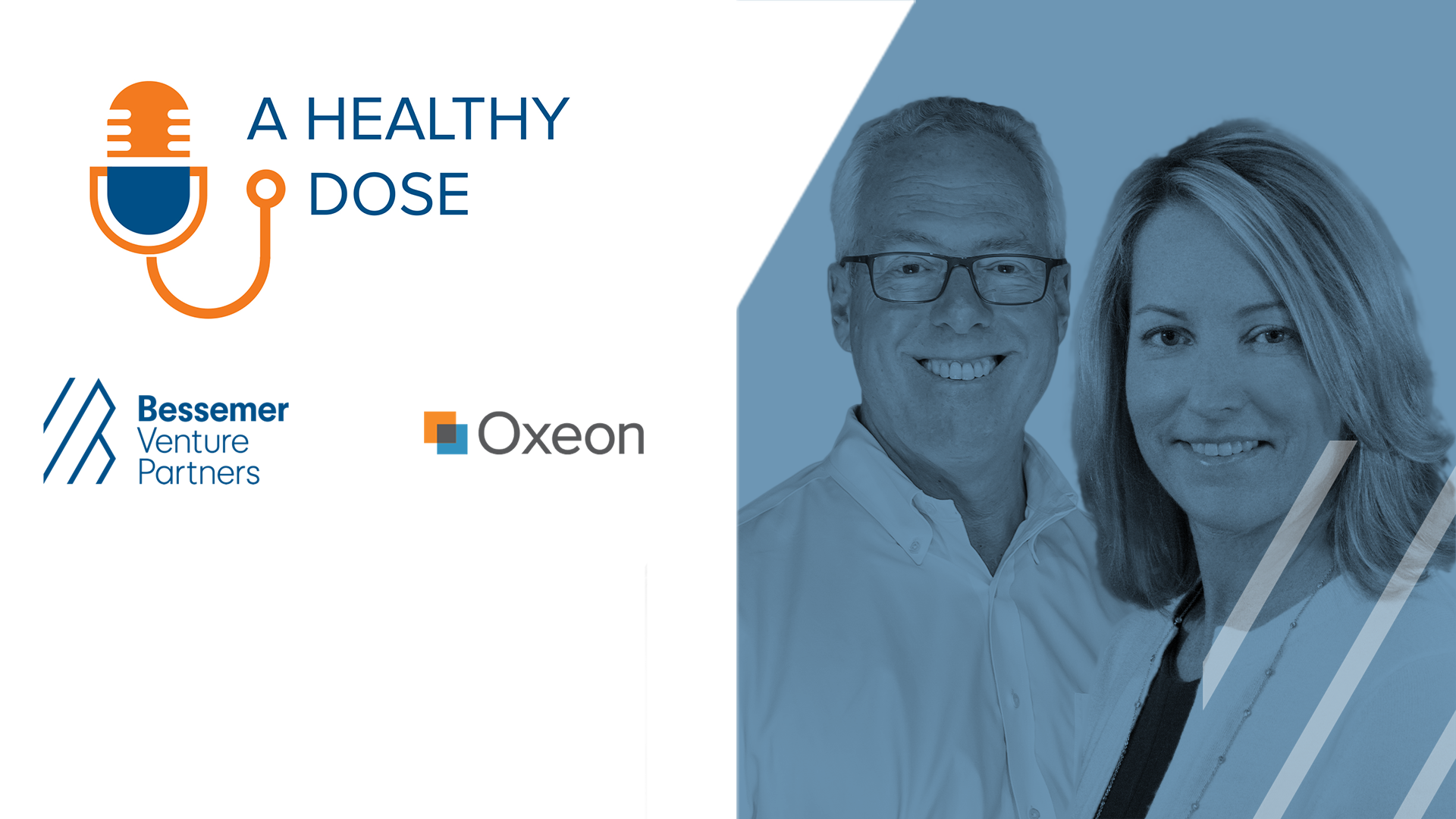 Lonny Reisman and Lori Bernstein are the founders of HealthReveal, a company that reduces healthcare costs while significantly improving quality of life for people with chronic disease. “We are in the business of trying to optimize chronic care management for health systems and patients,” explains Lori Bernstein. In the second episode of A Healthy Dose’s mini-series, the founders share what they’re seeing in terms of risk stratification as it relates to the Corona virus.

Takeaways from this conversation include:

Andy Slavitt on saving lives while we stay at home

Andy Slavitt is the former acting administrator for the Centers of Medicare and Medicare Services. “I made a promise to myself that after I left the [Obama] administration; I wanted to be a helper versus an insider,” he shared on A Healthy Dose. Today he’s a board member of the United States of Care and founder of Town Hall Ventures. In this COVID-19 mini-series on A Healthy Dose, Andy Slavitt shares a grounded perspective on how this pandemic will impact not just the healthcare system, but also the economy and society as a whole.

Listen to all these insights and so many more in this episode of A Healthy Dose.