Scaling into a powerhouse

Software is just the beginning

How Tooey Courtemanche built the business from a scrappy startup to an industry-defining construction platform.

When I first met Procore’s founder and CEO, Tooey Courtemanche, nothing about him or Procore fit the profile of a typical venture capital investment.

Tooey’s path into entrepreneurship was unorthodox. He was a veteran of the first dot-com bubble, living in Santa Barbara, and had spent a decade struggling to get widespread adoption of Procore. A few times in those early years, the company even struggled to make payroll.

And yet, when Tooey and I started talking back in 2014, there was an immediate meeting of minds. At Bessemer, we had long been convinced of the power of purpose-built “vertical” software to transform industries. And there were few industries as large and as underserved by software as construction.

Tooey’s tenacity, his charisma, his obsession with his customers were the intangible qualities we often find in great CEOs that go on to have a lasting impact on the industries they serve. Tooey also brought a unique form of empathetic leadership that attracted top talent to Procore. We had done enough market mapping work to build conviction that if anyone was going to revolutionize construction, it would be Tooey and the Procore team. Within a few days of that first meeting, we shook hands with the team and led Procore’s first institutional investment round.

Today, we’re celebrating Procore’s IPO. In nearly two decades of being ahead of the curve, the Procore platform is helping digitize the entire construction industry. Tooey and the Procore team are getting the recognition they deserve.

Tooey started Procore in 2002 to solve problems he experienced firsthand when he and his wife were building a house. At the time, the construction industry was in the technological dark ages. Communication between architects, builders, contractors, subcontractors, and suppliers relied on paper plans, post-it notes, phones, faxes and walkie-talkies.

Collaboration was poor—leading to inefficiency, waste, mistakes, and lawsuits. By some accounts, 2.5% of all construction spend is “re-work” from poor communication.

Tooey decided there had to be a better way. He began coding, slowly building a technology platform that would allow all these players to collaborate. Pretty soon what began as a passion project turned into a vision for modernizing construction. With support from Procore’s President– - Chief Culture Officer, Steve Zahm, Tooey built the industry’s first cloud-native construction platform.

“I had no expectation that the internet was ever going to make it to the job site,” Tooey says. “But I believed that if we could get all the project team members to connect, the inefficiencies that are everywhere in the industry would be washed away because everyone would be singing off the same sheet of music.”

Along the way, Tooey faced one skeptic after another. Friends, relatives and business associates tried to persuade him to give up. “I was like a dog on a bone with this mission,” Tooey says. “Nothing was going to stop me. And we were always able to find a few early adopters and people that believed in it to keep going.”

Those early hardships were not in vain, as the world eventually caught up with Tooey’s vision. With the birth of the mobile era, construction finally had internet connectivity on the job site through smartphones and tablets. Procore could take advantage of its cloud and mobile platform to help teams involved in complex construction projects to collaborate. Procore’s business took off.

Scaling into a powerhouse

After Bessemer came on board, Procore’s leadership team began professionalizing Procore’s go-to-market engine in earnest. With the benefit of its first institutional round (true believers like Kevin O’Connor had personally supported the company prior to our investment), Procore had the money to start building a scalable and methodical outbound sales engine.

One of the very first things we did was put Procore in touch with our highest performing software sales organizations so they could learn best practices from the Bessemer portfolio. The irony is that now all of our software companies come to Procore to learn from the best.

With the benefit of Dennis Lyandres, a phenomenal new sales leader (now the CRO), Procore invested intelligently and aggressively behind the “sales and marketing learning curve”. The approach proved key to building a powerful sales and customer success organization that could tackle different market segments, from small and mid-sized builders to large companies. In the first year of our investment, Procore more than doubled its ARR growth rate—a rate of acceleration that we have never seen in the Bessemer portfolio.

The Procore team understood better than most that a single product would only get Procore so far. Tooey and his team developed a customer-centric product organization centered on the mission of connecting everyone in construction on a global platform. The company evolved from a company with a single product (project management) serving a single market (General Contractors) in the US to an industry-wide platform with 13 different products serving a wide variety of stakeholders throughout the world.

Today, Procore has 13 separate products targeted at contractors, subcontractors, owners and others, in areas like finance, accounting and invoice management, quality and safety, design coordination, bid management and more. Just as importantly, any gaps in Procore’s offerings are filled by more than 250 tightly-integrated, third-party applications available on its App Marketplace. By delivering a world-class platform experience to its partners who in turn build for Procore, Procore is able to deliver exponentially more value to its customers.

This innovation doesn’t happen in a vacuum. At Procore, the R&D team travels even more than the salesforce, visiting construction sites around the world so they can truly understand the problems that customers struggle with. “We put our engineers in job site trailers to see the whites of the eyes of the people that they’re working for,” Tooey says.

Procore assembles thousands of industry experts at its annual Groundbreak conference, to talk about the future of construction and innovate together. “We just gang-tackle the problem and it works really well for us,” says Tooey.

The results speak for themselves. Recently, the company’s customer success team received a call from a major Southern California builder that had conducted an ROI study on its use of Procore: contract managers at the firm were saving eight hours a week, allowing them not only to be better at their jobs, but also giving them more time to be with their families. “I get a little choked up when I hear that feedback,” Tooey says. “But that’s what we’re here for. Everything we do is in service of our vision to improve the lives of everyone in construction.”

Having a front-row seat to Procore’s journey over the last 6 years has been a career highlight for me. These Procorians are true groundbreakers who have built a multi-billion dollar company out of nothing. And they’ve done it with humility, empathy, and deep passion for the real-world problems they are solving. This success could not have happened to a better group of people and they have earned every minute of today’s glory. 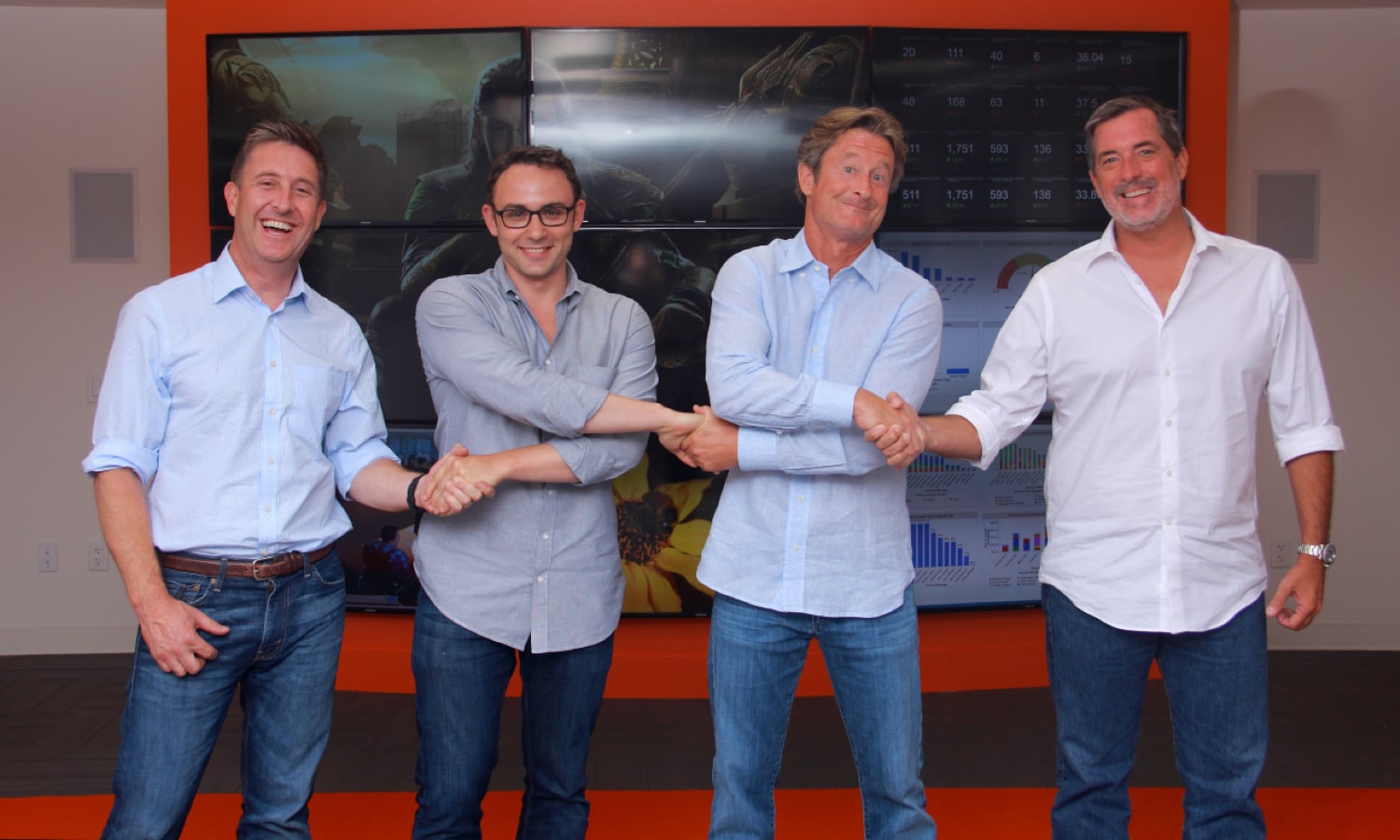 A throwback photo from 2014 with the Procore team.